My wife and I decided to take a day trip to Northampton, MA today, and while there we popped into Downtown Sounds, which is a really cool co-op music shop. I've been toying with the idea of grabbing an amp recently so I figured i'd check out what they had. I walked into their amp room and saw this. A 1963 Ampeg Jet J-12A. The thing is in great condition, there's a little bit of staining on the front grill cloth, and a little bit of tolex damage on the back corner of the amp, but other than that it's great.

Anyways. I ask if I can give it a shot and grab a Tele off the wall. Plug it in, turn it up a little bit and I'm just taken aback. This thing sounds awesome. Crisp but not overly bright. Full bodied but not overly middy or scooped. It just sounds like what you're feeding into it. I crank it a little bit higher and I'm getting this awesome kinda garage-y but full range distortion. Even my wife takes note and says: "That sounds awesome. If you wanna grab it, you can."

I brought it home and tried it with my three guitars (Parts Tele, Yamaha Studio Lord, and Silvertone 1446 "Chris Isaak" model), and they all sound unique when plugged in to the amp. The amp just spits out the vibe that you're putting into it. I ran some pedals into it (Big Cheese clone, Idiotbox No Moon, which is a TS/Rat/Muff triple pedal, individually switchable and run in parallel) and they sound great. I'm usually not a TS guy, but even that sounded fantastic.

Apparently their in-house amp tech gave it a full once over. I'm waiting to hear back from him on exactly what he did, but they said it had at least been recapped and retubed. It has EHX 7591's currently. I'd prefer vintage ones, but I can definitely live with these for now. 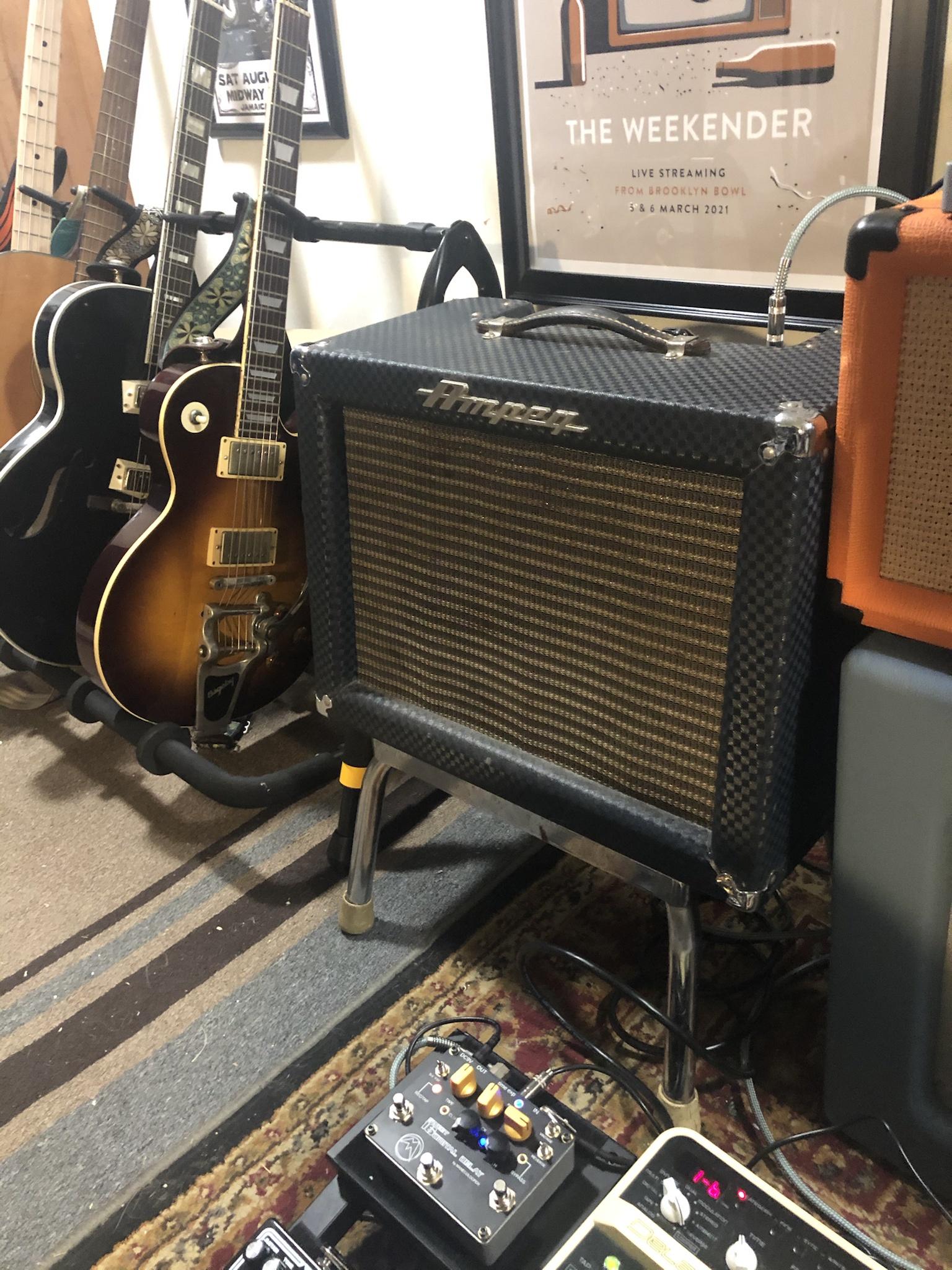 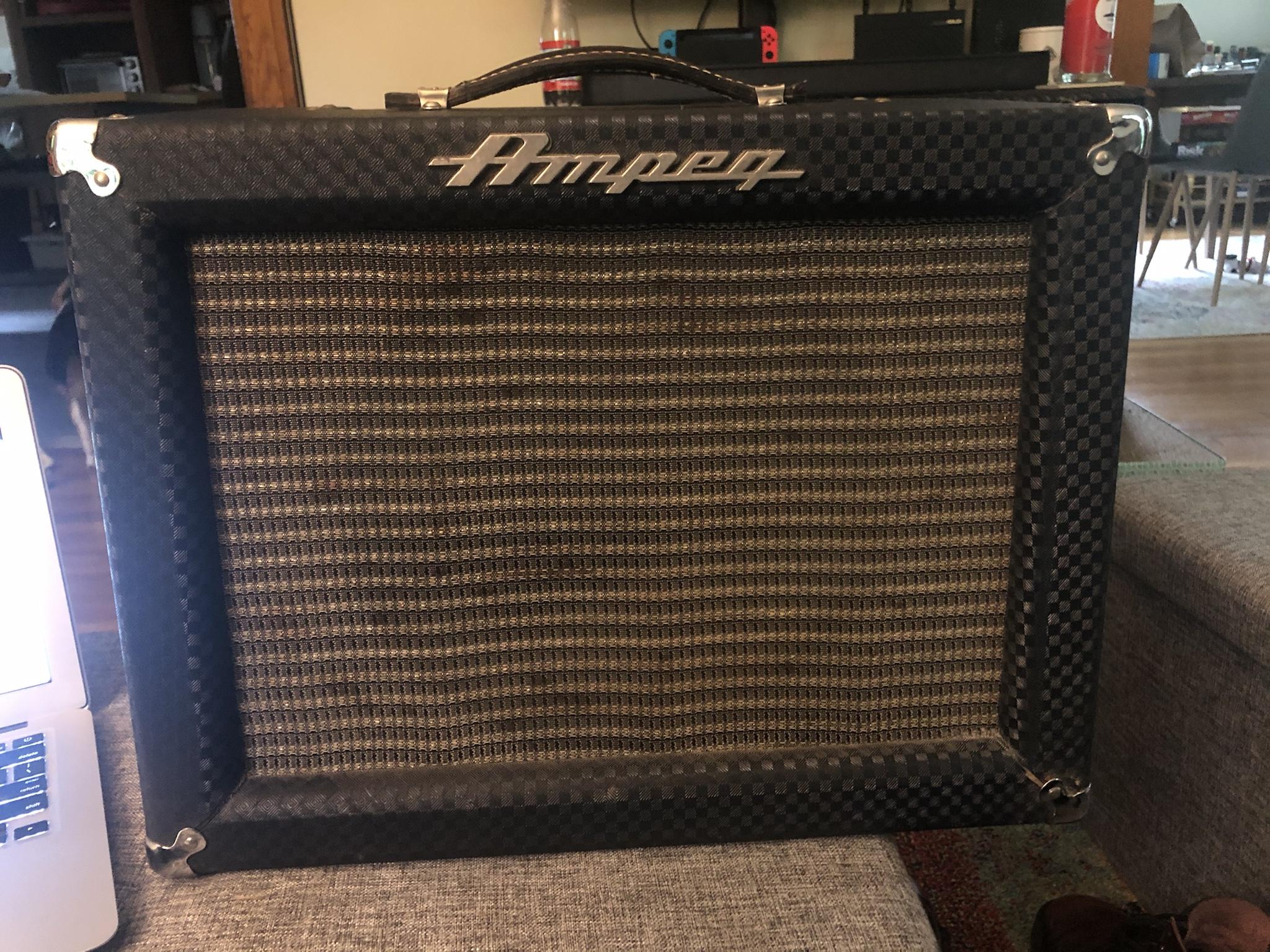 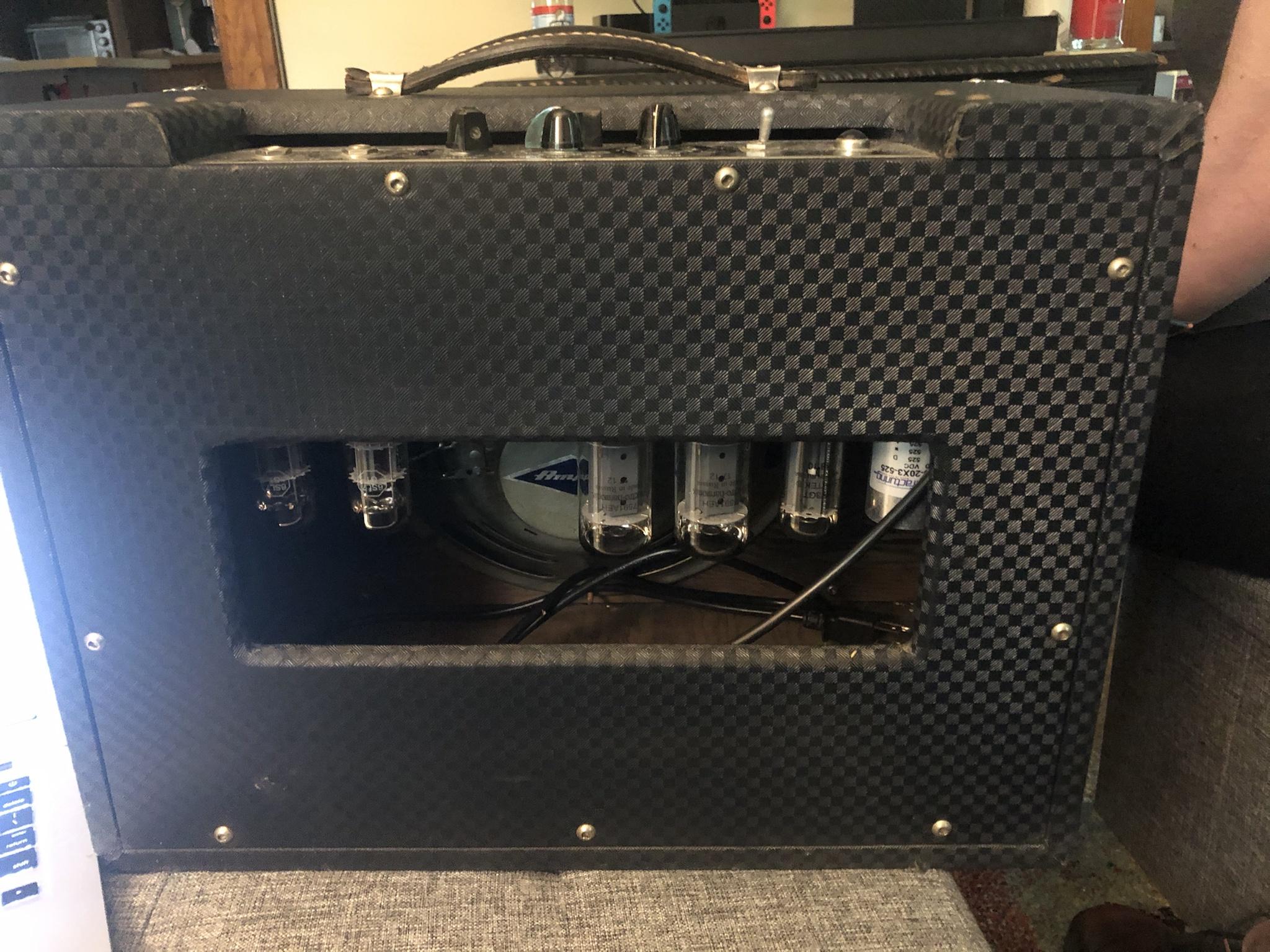 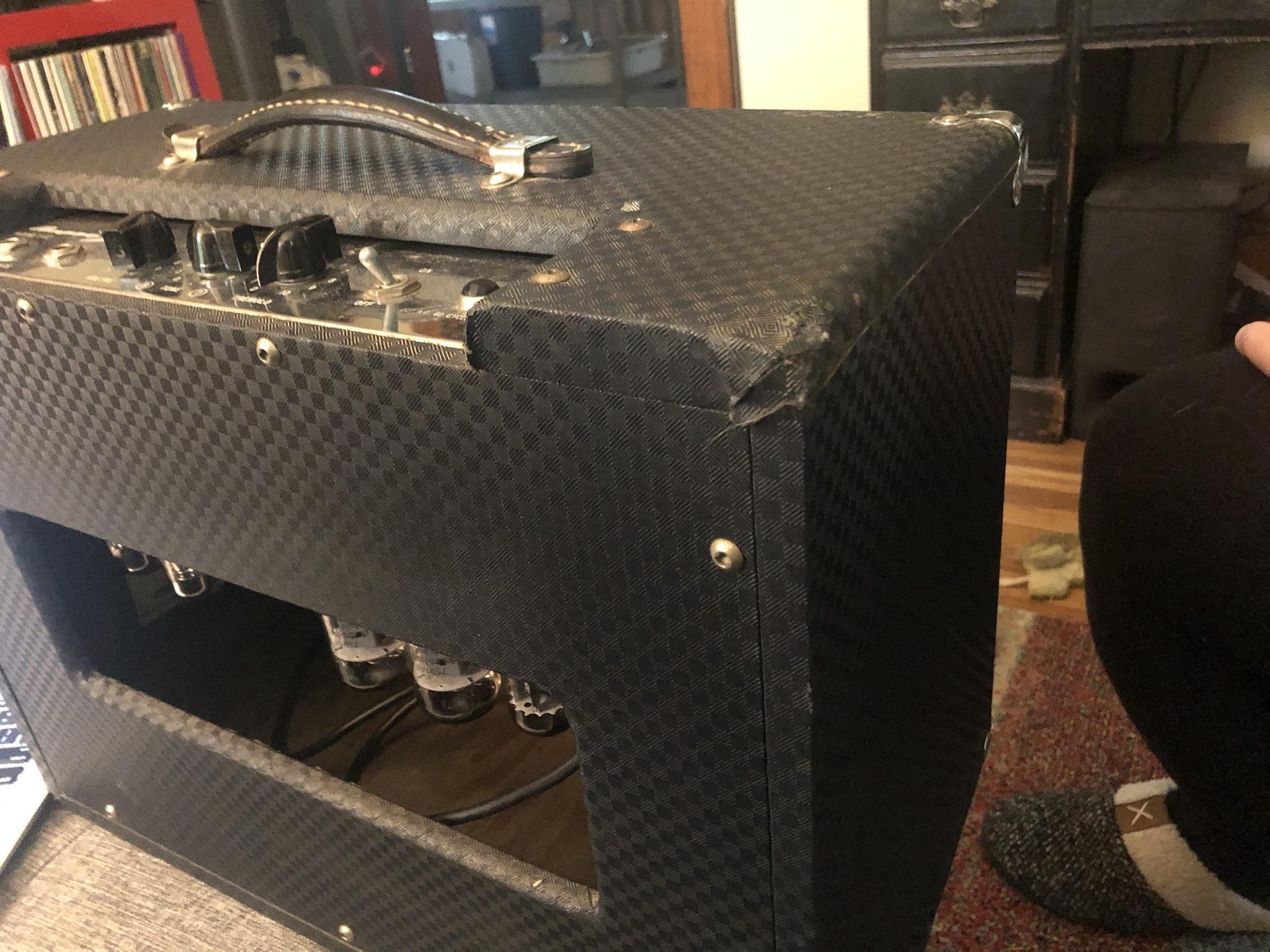 Greta amp, I have the brother J-12r Reverbojet with 7591’s . They do have their own thing happening, however you want to describe it. The different tube compliment that Ampeg based the series on is still readily available, I really don’t put much stock in NOS tubes, I do find EHX longer lasting than JJ’s.
Top

Here's an audio demo, because that's just the kind of guy that I am. Please excuse the hamfisted playing.

A rundown of what I'm doing in the audio. Tone's at about 4 for all of this:

There is no excuse for that playing, sounds great.
Top

My girlfriend has a reissue of one of these (or something very similar) which sound great, so I have no problem believing the original must sound fantastic. As for the tubes; I may be wrong, but it’s my understanding (and experience) that power tubes don’t make a lot of difference for the tone, so investing in NOS power tubes may be sort of silly. Or rather, the type makes a difference, the brand not so much. Preamp tubes are far more important.
Top

I reached out to the tech who worked on the amp and got his list of what he did to it before I got it:

Man, I love old Ampegs! Such a great, unique tone. They seemed to be very much geared towards jazz players, so many of the models are loud, flat and clean. The common weak link in alot of old Ampegs are the speakers.
Top

CorporateDisguise wrote: ↑
Thu Jun 03, 2021 1:44 am
Man, I love old Ampegs! Such a great, unique tone. They seemed to be very much geared towards jazz players, so many of the models are loud, flat and clean. The common weak link in alot of old Ampegs are the speakers.

This one definitely isn't one of the better ones for Jazz. It breaks up around 3.5 with humbuckers, and around 4.5 / 5 with single coils. It's pretty bright too, I have the tone at about 3.5 and it's plenty bright for me. The overdrive is very tweed-y sounding to me, a bit rough around the edges. I'm a big fan. I am considering a new speaker though, the only issue is that they're VERY shallow cabs, so there aren't a lot of options that fit.
Top

Love the sound! Has a tweed sorry of thing happening but with a bit more low mids perhaps? Great tones.
And I will be the one to hold Larry Csonka down, kiss him so hard, I'll take Larry Csonka's breath away...
Top
Post Reply
10 posts • Page 1 of 1