For guitars of the straight waisted variety (or reverse offset).
Post Reply
9 posts • Page 1 of 1

I couldn’t resist this on the local CL, I made an offer and waited a week and it’s mine.
Really nice shape, pups measure about 8K ohms with a distinctive sound.
Pots date to mid ‘64 , trem is a little bit tight, beautiful figured neck with
rosewood fingerboard. Really doesn’t sound like a double humbucker. 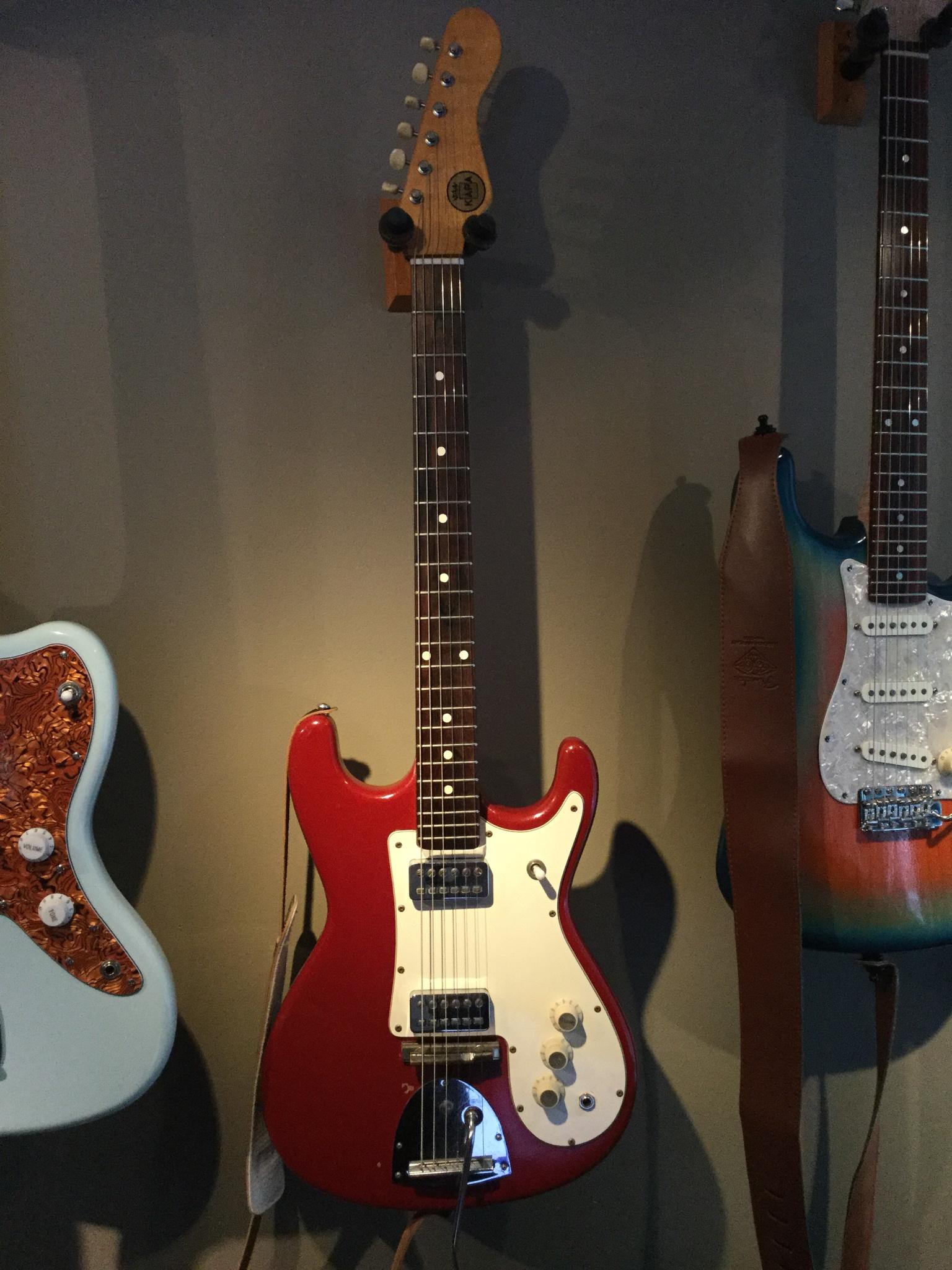 Nice, are they Hofner pickups?
Top

They are used in Hofners from the '60's, I'm not sure if Hofner made them or they're from the same manufacturer.
They are stamped Germany on the underside.
Top

These are top notch guitars! There is a little quirkiness to them - notably thin neck, small bodies, imperfect string alignment, fussy vibratos - but they're generally very cool! The wrinkles only prevent them from being technical shredders, while every bit of vibe screams 60s garage funtimes!
The Fall – The Bad Seeds - The Gories - Royal Trux
"The idea is to put a pick in one hand and a guitar in the other and with a tiny movement rule the world." - David Fair
Top

Very cool, I probably couldn't have resisted it either.
Love that trem shape particularly, looks very much like an Egmond.

I’ll take it apart to check out the trem, I had to order a set of 10’s with a wound G because of the original saddle.
The nut measures 1 5/8” but it plays thinner, the pups are punchy but clear, very unique.
Top

Scout wrote: ↑
Sun Feb 21, 2021 2:08 pm
They are used in Hofners from the '60's, I'm not sure if Hofner made them or they're from the same manufacturer.
They are stamped Germany on the underside.

This is from my memory, so it's probably not a 100% accurate.
But if my memory is right, Kapa is started by a clever Dutch immigrant that started to import a variety of European parts and putting those guitars together in the US - making them "Made in the USA", european guitars.
Probably being on par with höfners of that time - which is not a bad thing at all.

So I would confirm those pickups are höfner and I would say that the trem is Egmond - the neck reminds me a lot of my höfner and vox consort.

Yes, its my understanding that they were put together like you said.
The body I believe was made in the US, the neck looks to be a little
too well made to be produced by the people that made the body.
The bridge is floating but I was able to intonate it with a wound G ,
it’s almost but not quite pro grade. It’s weirdly cool and sounds and plays
great for a Euro/ American hybrid. The odds of finding one on your side
of the pond are pretty slim, I would think.
Top
Post Reply
9 posts • Page 1 of 1