For guitars of the straight waisted variety (or reverse offset).
Post Reply
21 posts

Well, this is my first new guitar in about five years. I did a lot of paring down of my collection, because I was pretty much exclusively playing drums. Sold my basses, my acoustic and a couple of electrics til I was down to my Yamaha Studio Lord, Silvertone 1446 and Tele that my father-in-law built.

I've been itching for an acoustic recently, looking at a few different ones online, first just some cheapies, then a SUPER high end one (Someday, Guild F40, someday...) my wife and I talked it over and we decided that I could afford to spend somewhere around $1000 - $1200 on a nice acoustic. I wanted something American made with all solid woods, and I had to find it at Sweetwater (thank you 0% financing.)

I looked over a bunch of options, and it looked like the Gibson G45 Studio fit the bill well. It checked all the boxes, and I'd always been curious about slope shoulder acoustics. So I place the order, and get an email a few minutes later saying it was out of stock til June and to see if I wanted to wait or pick something else. I'm godawful at waiting for things, so I asked if there was any wiggle room on the G45 Standard, and they were able to knock a little bit of cash off, which pretty much covered the sales tax.

The guitar delivered today and I've been playing it for the last little bit, and I have to say, I love it so far. I've played a few J45s and they were always a bit thumpy for me, but watching G45 demos I knew they were a bit brighter, and that's certainly true. It has a nice full tone, SUPER punchy, and while it's brighter it's not Taylor bright. It's just balanced sounding to me. Only thing it needs is to have the action lowered a bit, but I can live with that while we're dealing with the apocalypse.

But the guitar seems to be a bargain for what it is. An all solid wood, American made acoustic for under $1300. Comes with a nice case too, and even a KEYCHAIN. A keychain guys. C'mon.

Here's what everyone came for: 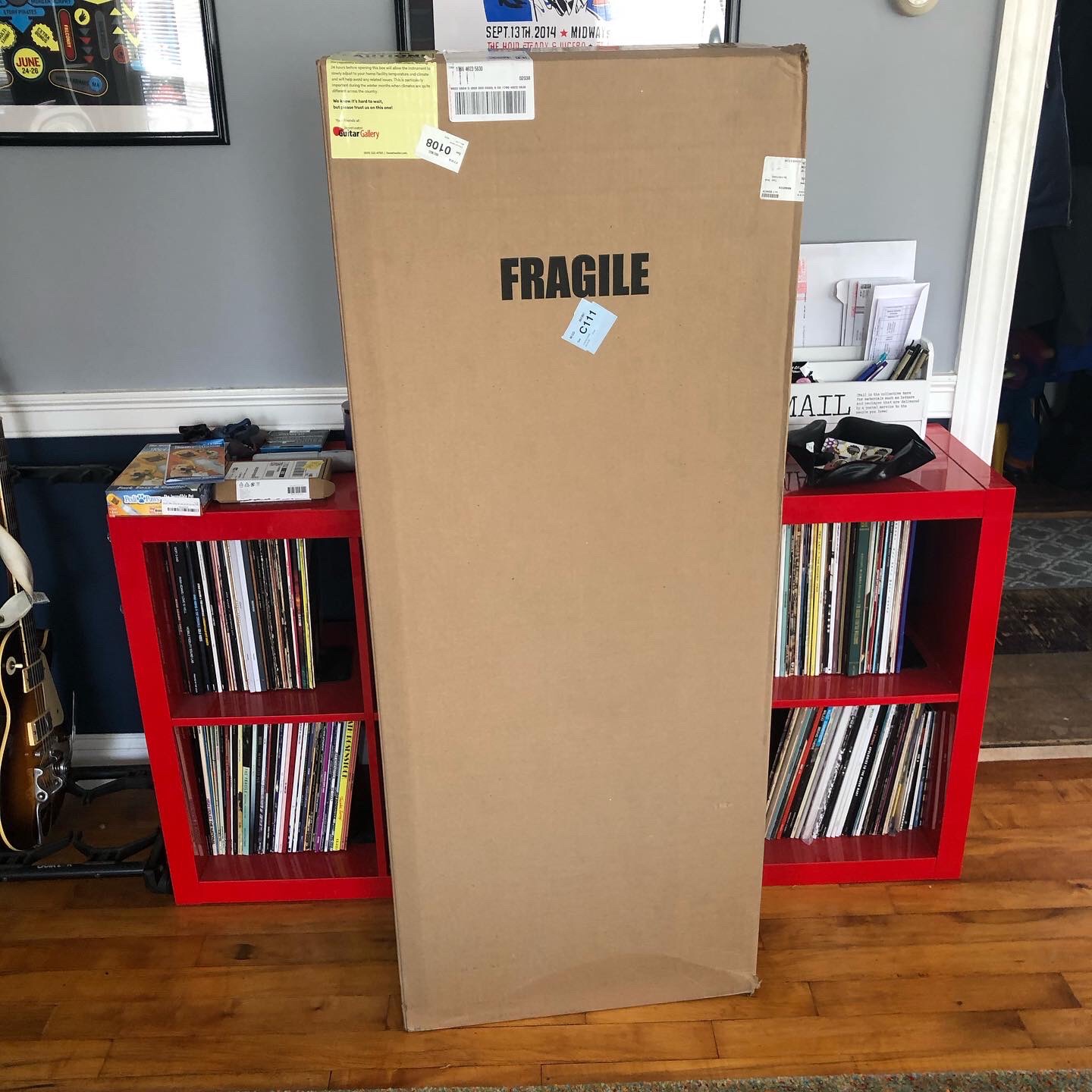 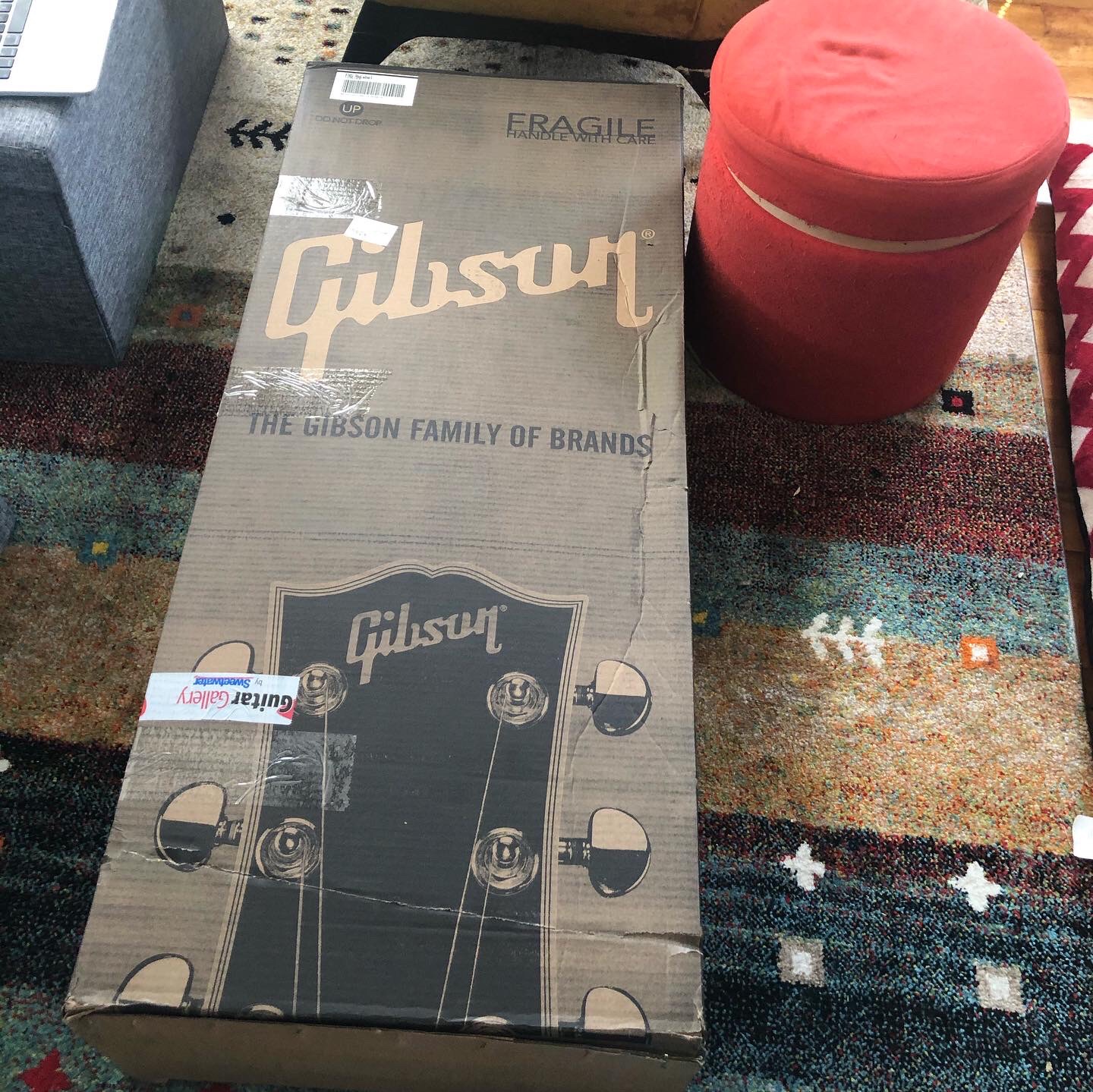 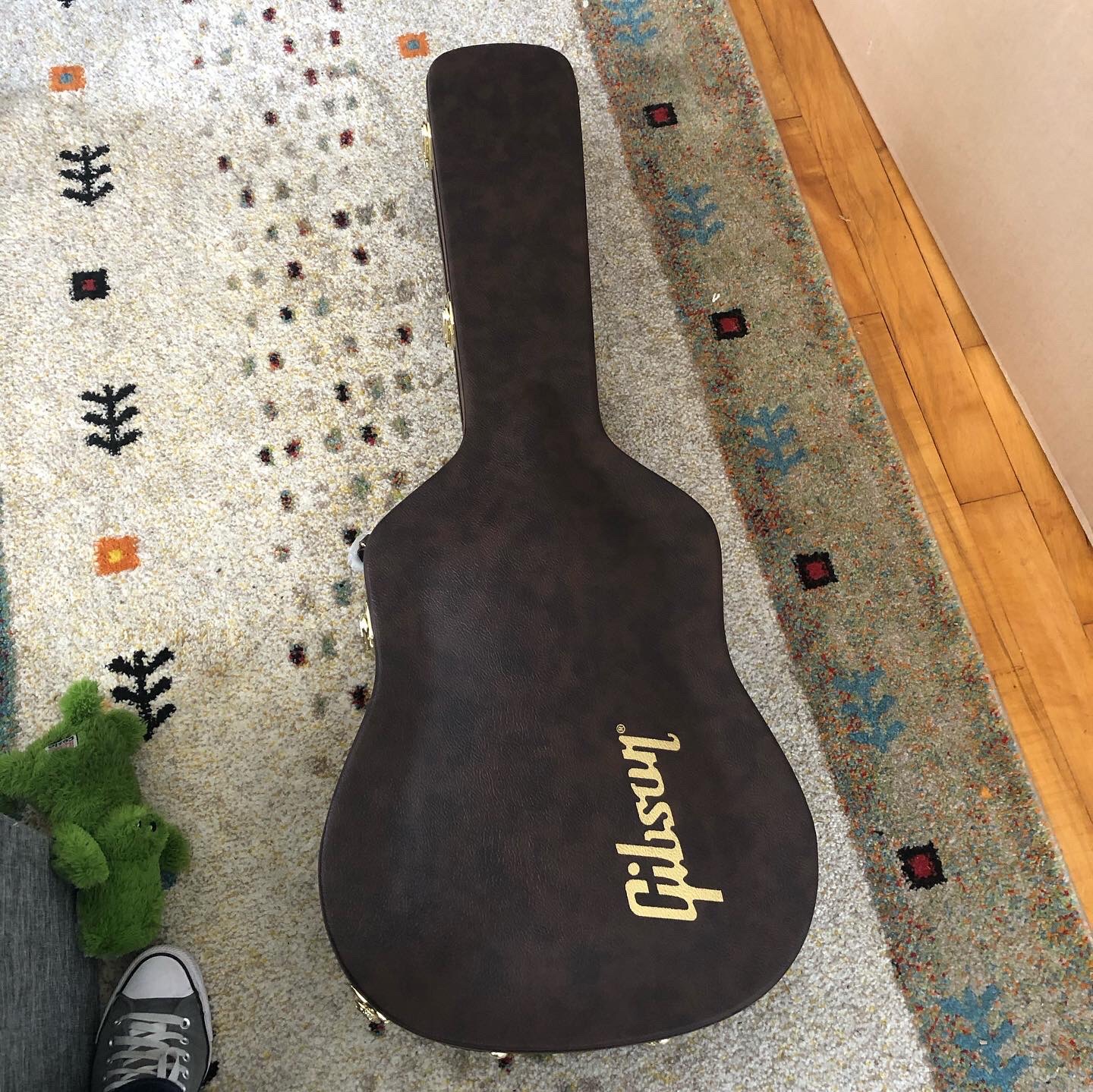 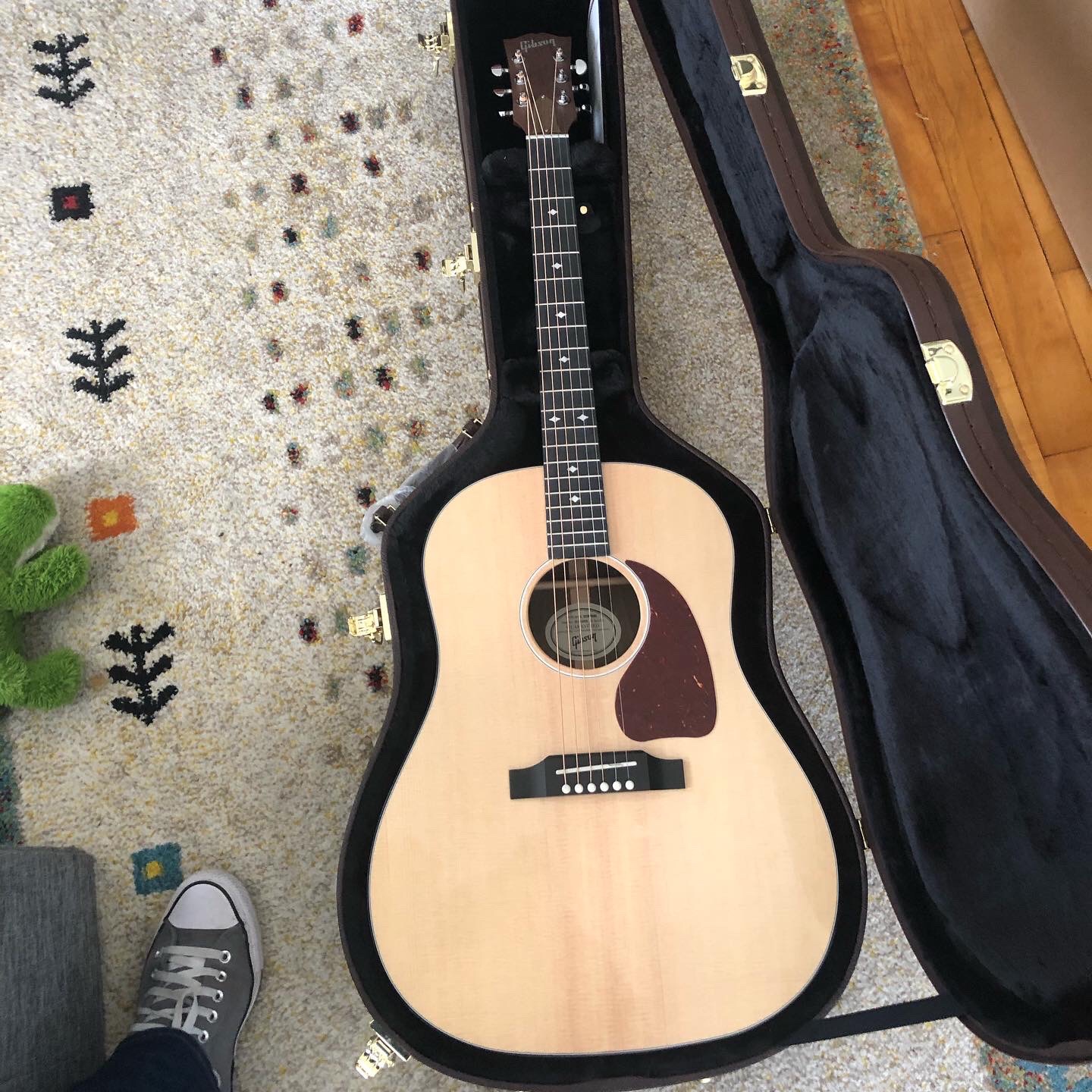 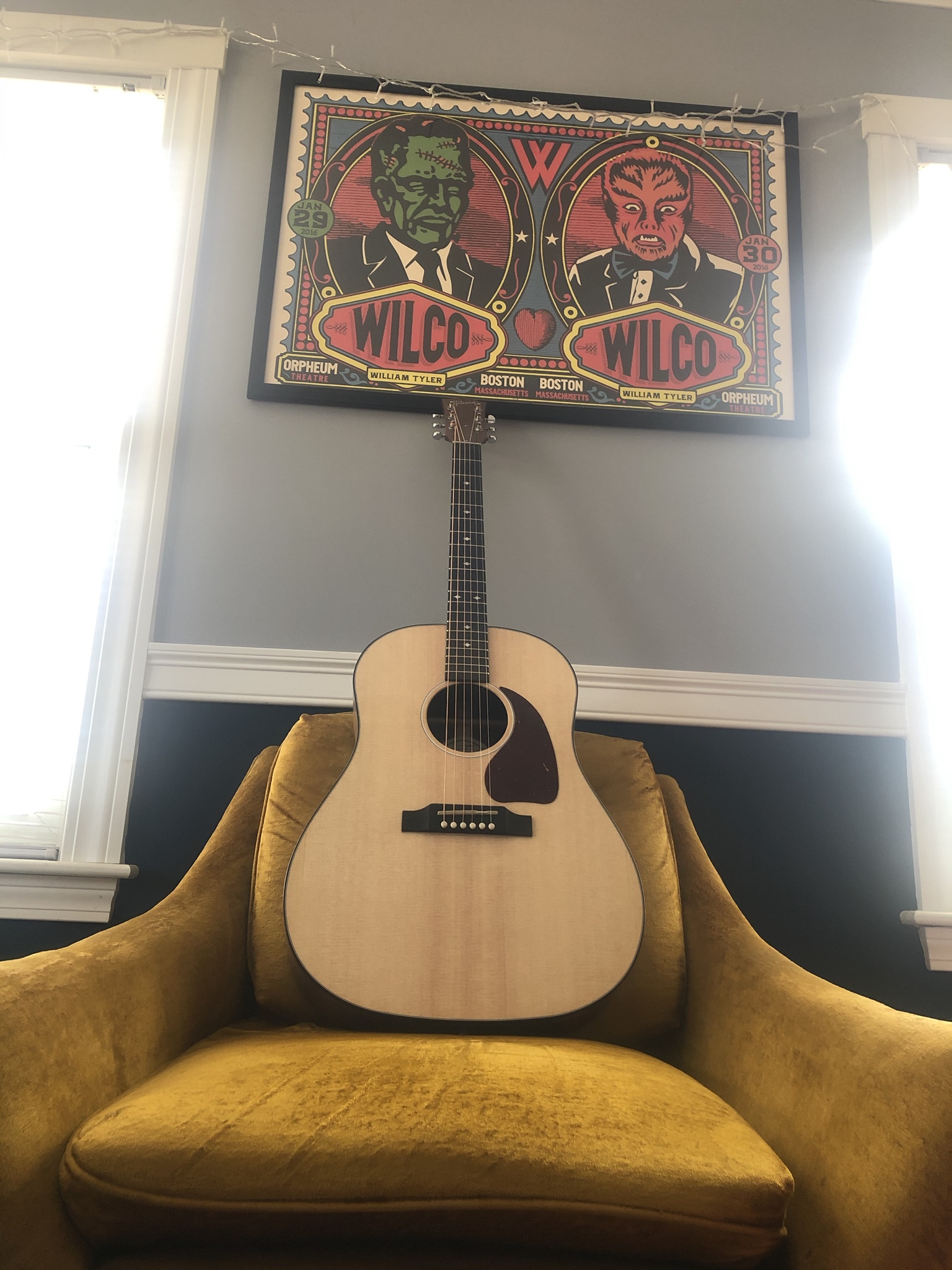 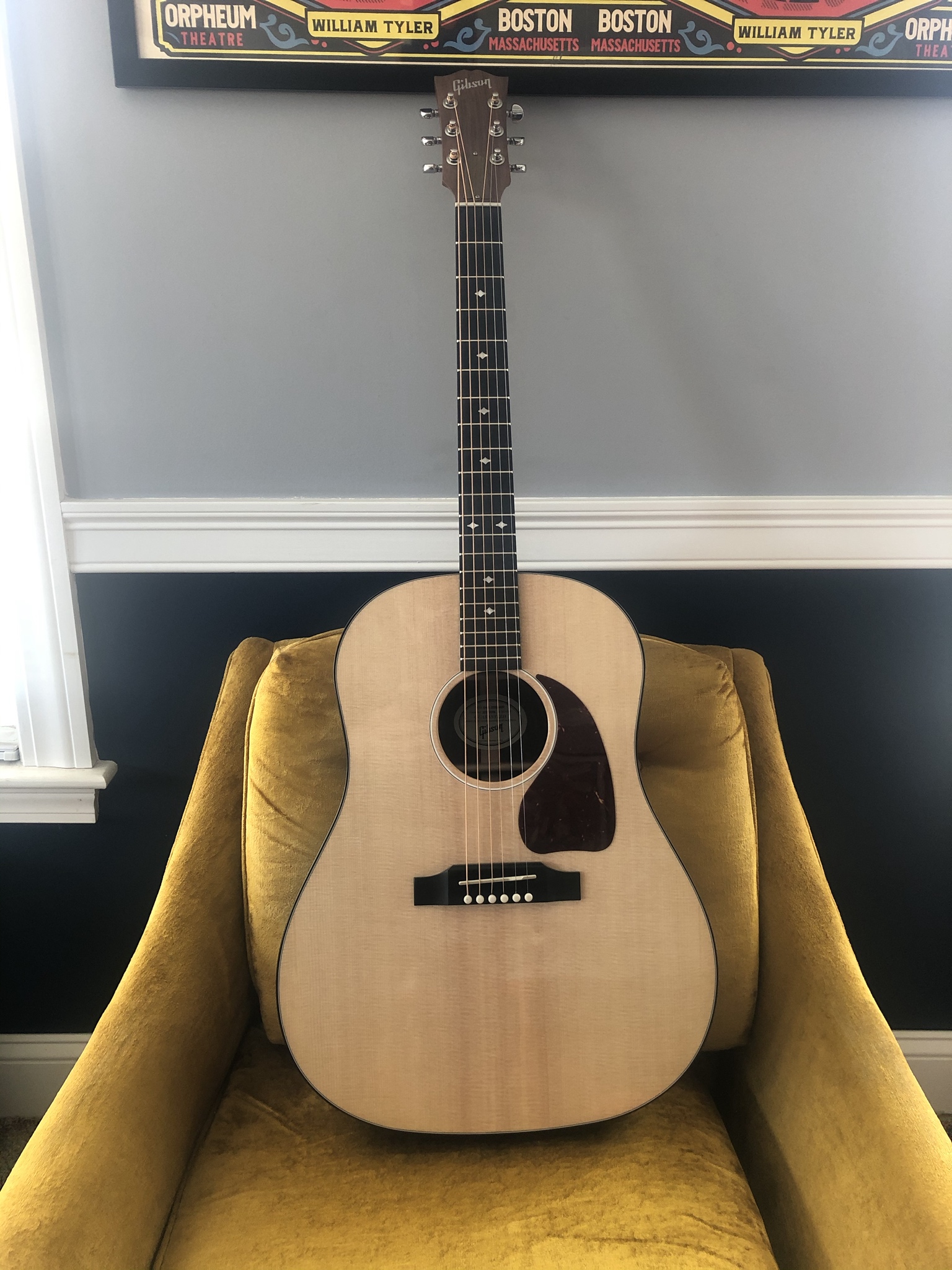 Nice. I love the richlite fingerboard, and really love walnut back and sides. How that wasn't more popular over the years I have no idea. It's incredible.

Gibson sends their guitars out with sky-high action. Sand that saddle down and you'll be in business.

Looks great! I like this model a lot. And yeah, a J-45 would have a bit more bass, the body is a little thinner on the G-45. Probably makes the G series even better for recording, really.
Back in those days, everyone knew that if you were talking about Destiny's Child, you were talking about Beyonce, LaTavia, LeToya, and Larry.
Top

Charles Foster Kane is RIGHT!!!
“Now I am quietly waiting for/ the catastrophe of my personality/ to seem beautiful again.”- Frank O'Hara
I am not an attorney and this post is for entertainment purposes only. Please consult a licensed attorney in your state for legal advice.
Top

Larry Mal wrote: ↑
Fri Apr 17, 2020 10:23 am
Nice. I love the richlite fingerboard, and really love walnut back and sides. How that wasn't more popular over the years I have no idea. It's incredible.

Gibson sends their guitars out with sky-high action. Sand that saddle down and you'll be in business.

Looks great! I like this model a lot. And yeah, a J-45 would have a bit more bass, the body is a little thinner on the G-45. Probably makes the G series even better for recording, really.

The Richlite is really nice, actually. Good and smooth. The guitar sounds fantastic. I played it a bunch yesterday and today, so the strings are wearing in and a bit of that Gibson thump is starting to show up, which is actually nice.

I have a friend who's a tech and he's going to bring the saddle down in a couple of weeks, because it is pretty high at the moment. Playable, but high.
Top

Just fixed something that was annoying me too. Grover tuners look hideous on Gibson acoustics. They're just hilariously gigantic, so I replaced the buttons on mine with some Hipshot Butterbean buttons. Still the same tuners, just with an upgraded and more classic look, in my opinion. My wife's opinion is "I don't see the difference." 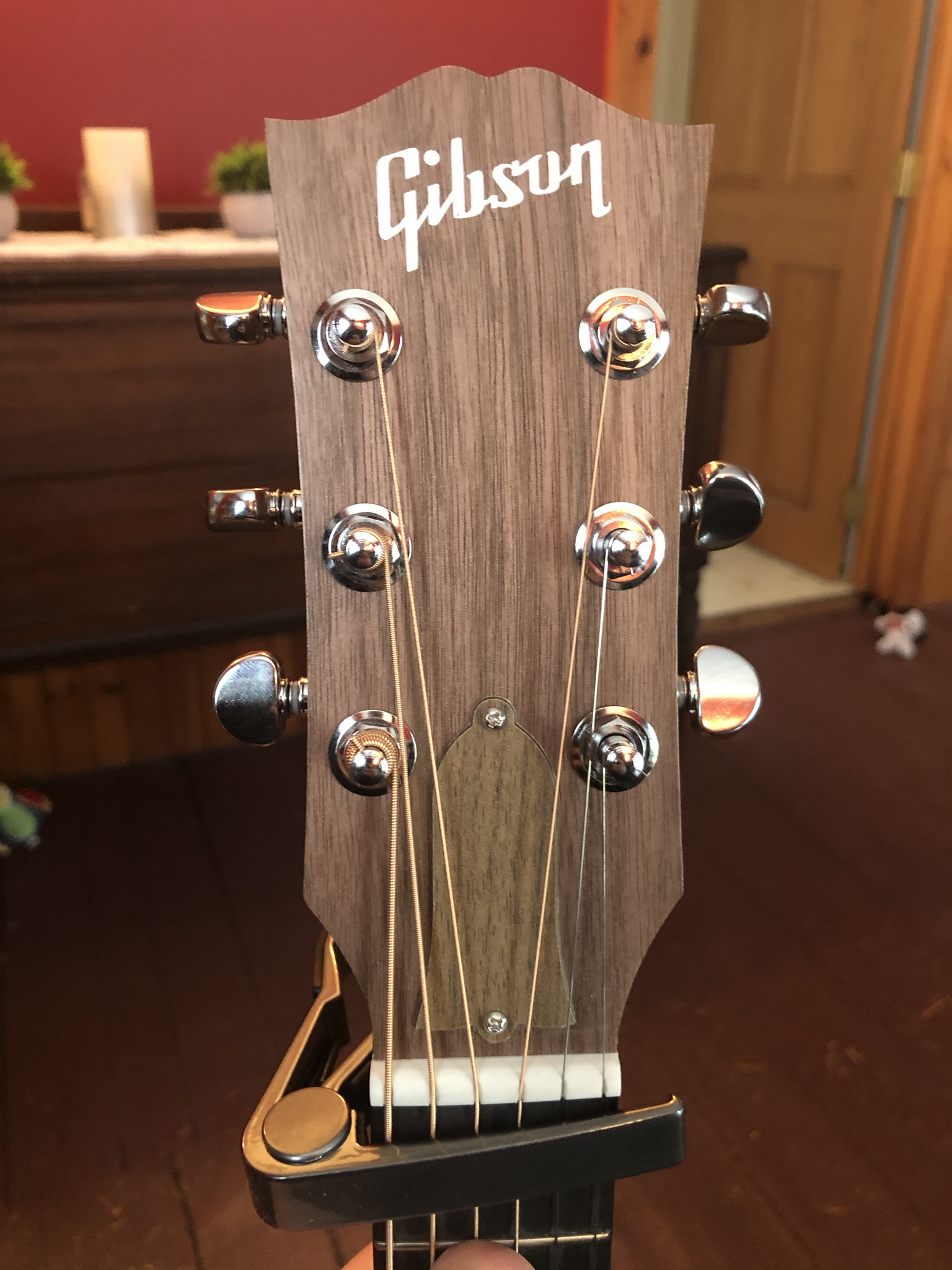 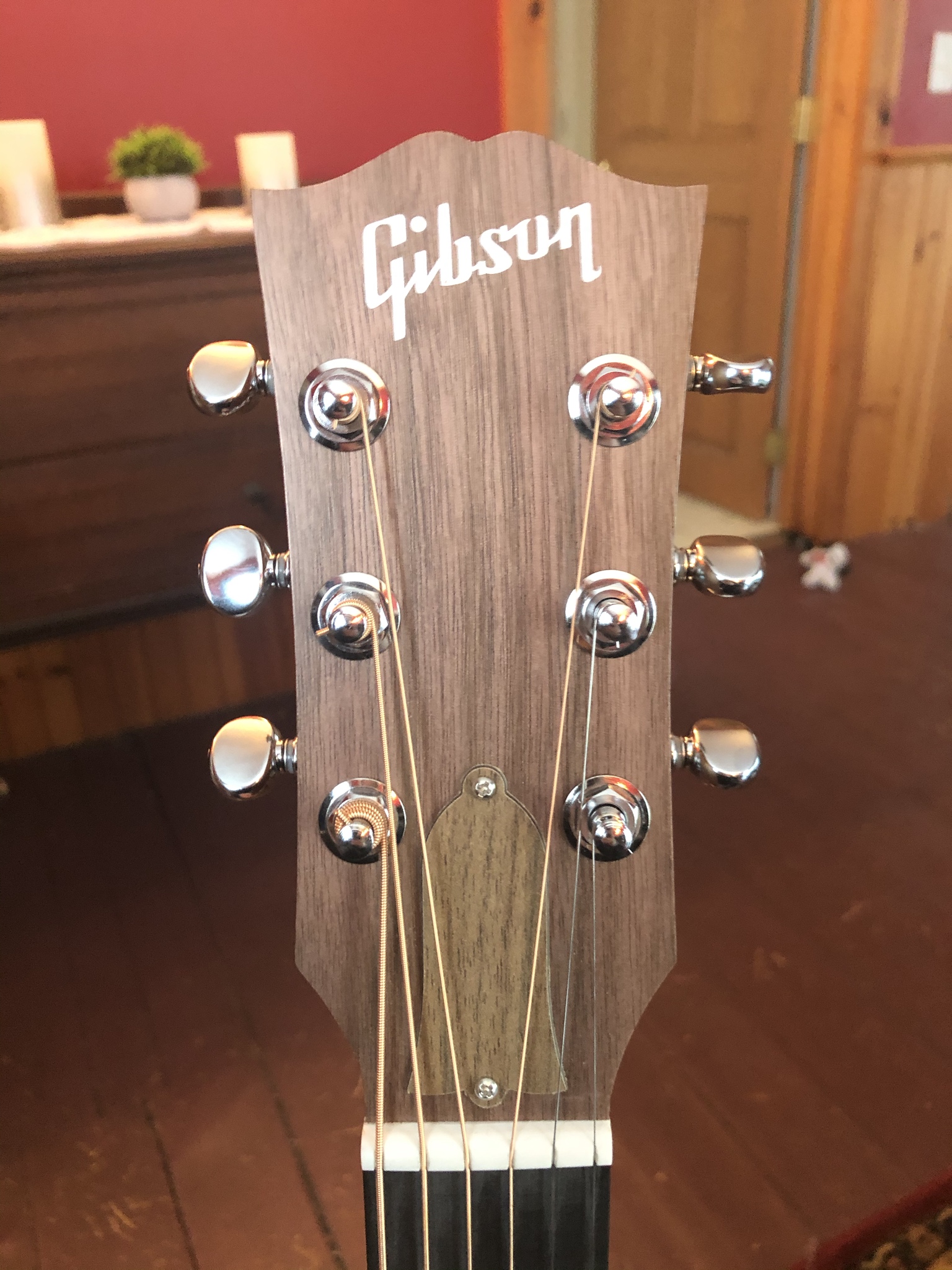 Seconded.
The cool thing about fretless is you can hit a note...and then renegotiate.
Top

I agree with the wife. If I felt inclined to change them I would go further than that.
Top

Very nice guitar, by the way. I'm a gibson lover through and through.
Top

Like I said, it was just the tuner buttons, not the full tuner. I didn't want to drill for three on a plate plastic button tuners during the first week of ownership. I just wanted something smaller and less chunky looking.
Top
Post Reply
21 posts