56 years old. I had no clue he was battling cancer.

Definitely one of those musicians with a difference. For a start, along with Dead Kennedys they were that kind of "bridge" band, opening my eyes & ears to the history of the hardcore punk scene in the US. A dear friend of mine became a huge fan & I seemed to learn a whole lot more about them than other bands of their kind - the incendiary early days, their prolific output (so many albums in so few years) and their supposed fall out with many fans over their signing to a major.
Another thing about him was the fact he was a drummer who sang. Quite unusual in the normal band dynamic and, to this day, I can only think of a couple of other bands who fit the bill (10,000 Russos & Kigagaku Moyo). The guy had charisma!
While I managed to catch Bob Mould in Sugar a couple of times I never got to see Grant Hart. His Nova Mob album, The Last Days Of Pompeii, is an absolute classic for me.

Sad to see him go!

You think you can't, you wish you could, I know you can, I wish you would. Slip inside this house as you pass by.
Top

Very sad to hear about this - in addition to all the Huskers stuff I love, I thought his most recent album "The Argument" was pretty amazing.
Kenny
Top

Sad news. I got to meet him and chat for a while last year when he played an instore at Tym Guitars. He didn't look overly well but it was great to watch him play. 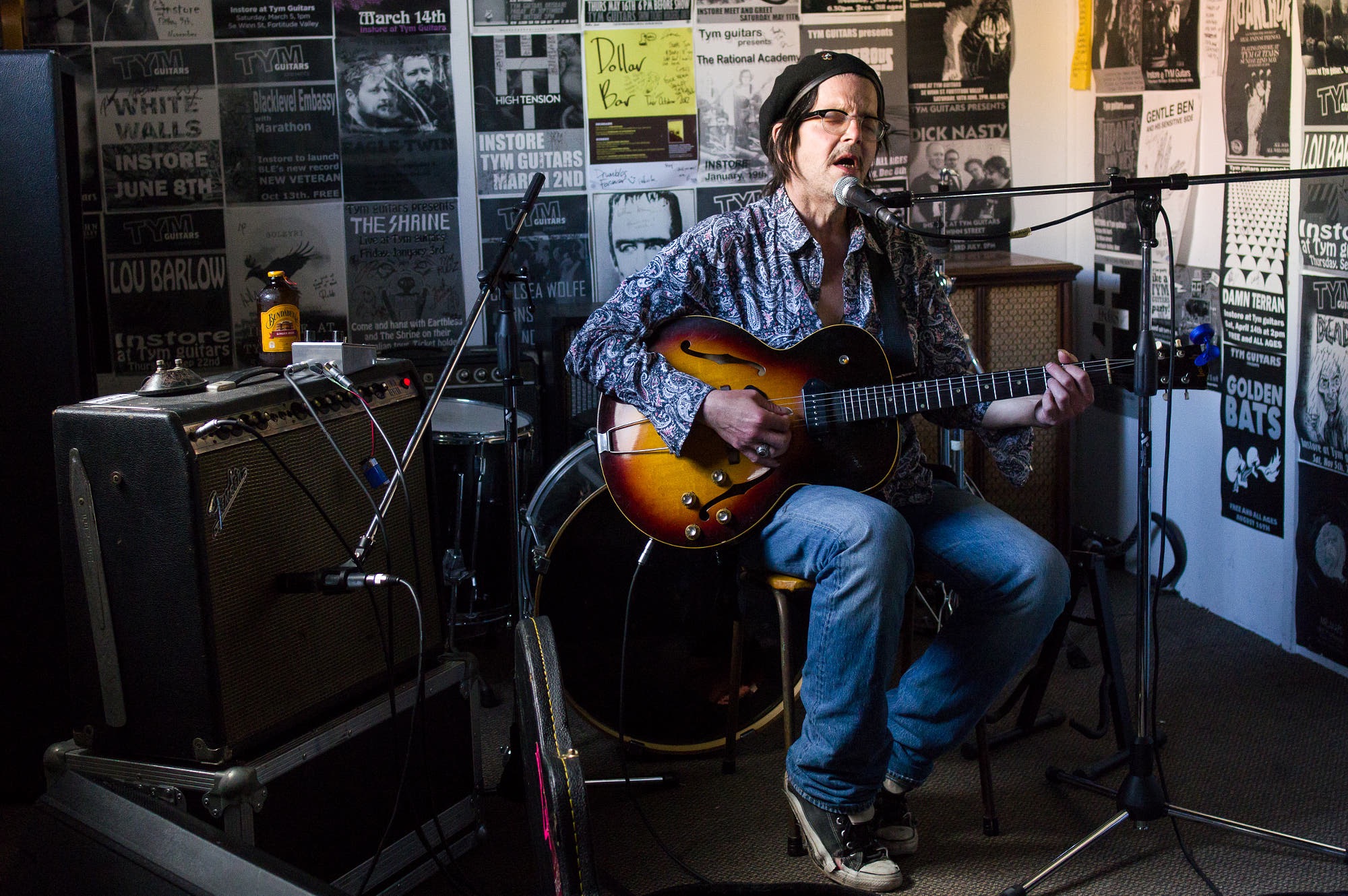 Wow, this is a painful one for me.

He then said that he spent the rest of the day wrapped up in several blankets, because he also decided that if LSD gave him the power to make himself orgasm successfully then he would also be able to inadvertently use his mental powers to freeze himself to death if his thoughts drifted in that direction. He was worried that he was unable to control his newfound powers, he had gone a step too far.

So he spent the day unlocking the powers of his mind with LSD which provided him with alternate joy and terror. He told the story better than I did. When I read it, it was fucking hilarious.

55 minutes long but it flies by. One hell of a set list!


*I was probably listening to A-Ha in my bedroom as it was being filmed 250 miles further south in London.
You think you can't, you wish you could, I know you can, I wish you would. Slip inside this house as you pass by.
Top

This is truly sad. They, along with Bad Brains, were my introduction to punk rock, but they were different. Beneath all the layers of noise there was melody and heart. Initially I was more focused on Mould's output, as he seemed more like the frontman, but as time went on I keep coming back to Hart more and more. If anyone hasn't kept up with his solo work, it's been solid as well. In addition to Intolerance, which had the misfortune of going up against Mould's first solo LP and didn't seem to get nearly the amount of attention or press, Good News for Modern Man and Hot Wax are excellent. Now I need to go and listen to The Argument, which I've been putting off for some reason.

I had the good fortune of seeing him in a tiny student center room in Lexington, KY a few years back, and he was as gracious and talented a guy as you would ever want to meet. He took requests from the crowd and hung around to chat afterwards. There's a movie about Grant as well, if you haven't seen it yet.
Top

I went to college at the University of Wisconsin in the 90s. If you liked indierock or played in a band in that part of the midwest you were going to hear about the Replacements, Cheap Trick, and Husker Du.

I've always appreciated Husker Du at arm's length, but they have some killer songs (DESPITE THOSE SHIT SST RECORDS

). Most of my friends that really liked them gushed about Bob Mould; he's talented and all that but I only have a tepid appreciation for his solo stuff.

That's because I think I really appreciate the essence of what Hart brought to the band. His songs and voice have a special quality.
Top

What a talent and a great loss. Zen Arcade it shall be all day today!
Top

I had read Mould's autobiography, which is quite good, and understood the very hard relationship they had over the years.

In the end, it was all about the music and creation and shared experience.

Grant would be happy to know so many people discussing and remembering him.
Top

Sad. Very sad. This one has hit me.

I wonder if his diagnosis was what led to them working together again and upcoming Savage Young Du box set.
Top

One of the finest has left us, and I am lost for words.

Husker Du is a pivotal band in the course of music history....the more time passes the more it is apparent.

Dragging this tread up to mention that yesterday would have been Grant Hart's 60th Birthday, and there was a virtual tribute event held on Facebook in his honour:
https://www.facebook.com/events/5265097550197173/

A few of the performances have been put on Youtube:
https://www.youtube.com/hashtag/granthart60

Self-promotion time: This was my band's contribution. We managed to record a couple of songs in lockdown-isolation, and tell some stories, and I edited it all together (first time doing that kind of video editing thing). Obligatory Offset content: I'm on my Reverend Wattplower bass, and Andy uses his self-assembled Mustang-thing.
https://www.youtube.com/watch?v=NupJTku-xKQ
Kenny
Top

A few of the performances have been put on Youtube:
https://www.youtube.com/hashtag/granthart60

Self-promotion time: This was my band's contribution. We managed to record a couple of songs in lockdown-isolation, and tell some stories, and I edited it all together (first time doing that kind of video editing thing). Obligatory Offset content: I'm on my Reverend Wattplower bass, and Andy uses his self-assembled Mustang-thing.
https://www.youtube.com/watch?v=NupJTku-xKQ

A great choice of songs to cover & that last clip was special!

You think you can't, you wish you could, I know you can, I wish you would. Slip inside this house as you pass by.
Top

Thanks - we had a lot of fun doing them!
Kenny
Top

It's all pretty good but this track off his Paradise Lost inspired album, The Argument, is pretty fucking amazing!

Listen to it on headphones.
You think you can't, you wish you could, I know you can, I wish you would. Slip inside this house as you pass by.
Top
Post Reply
15 posts • Page 1 of 1