Found this 2014 Fender Princeton Reverb Limited Edition Reissue online at Elderly Instruments for a great price. It ticked all my boxes - brownface aesthetics with a 10" Jensen speaker. Per their policy, they don't ship used amps, but after speaking with one of their sales reps, I purchased their packing fee, then I arranged and covered the UPS shipping costs.

I swapped out the black witch hat knobs for brown cupcakes. I could take it a step further and swap out the raised logo for the older, flat logo, but I'll leave it for now.

While the wife was out and the pups were all outside, I cranked it up to 10 - crazy clean! Works great with pedals, too.

The Jazzmaster sounds amazing out of it, too! 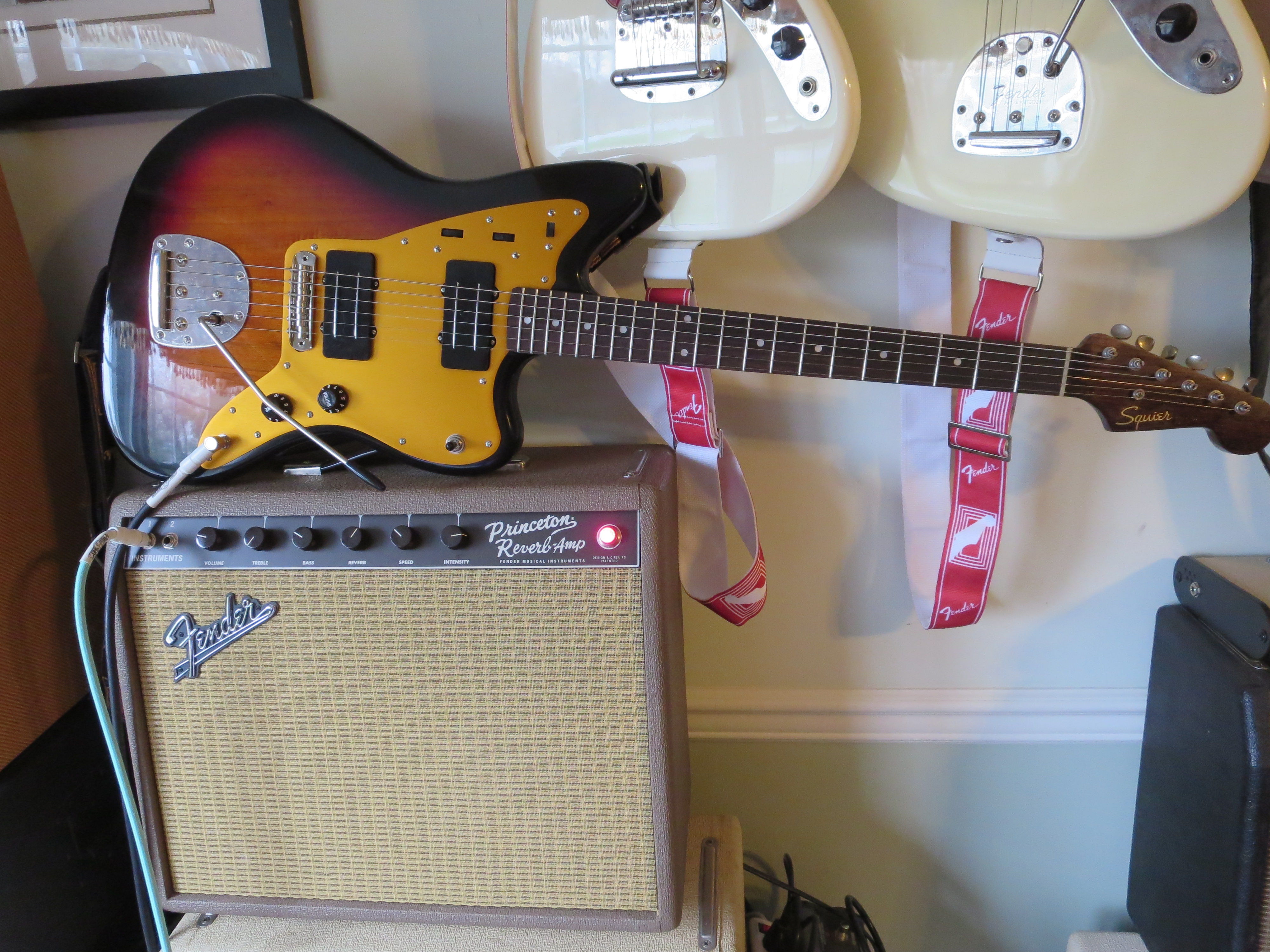 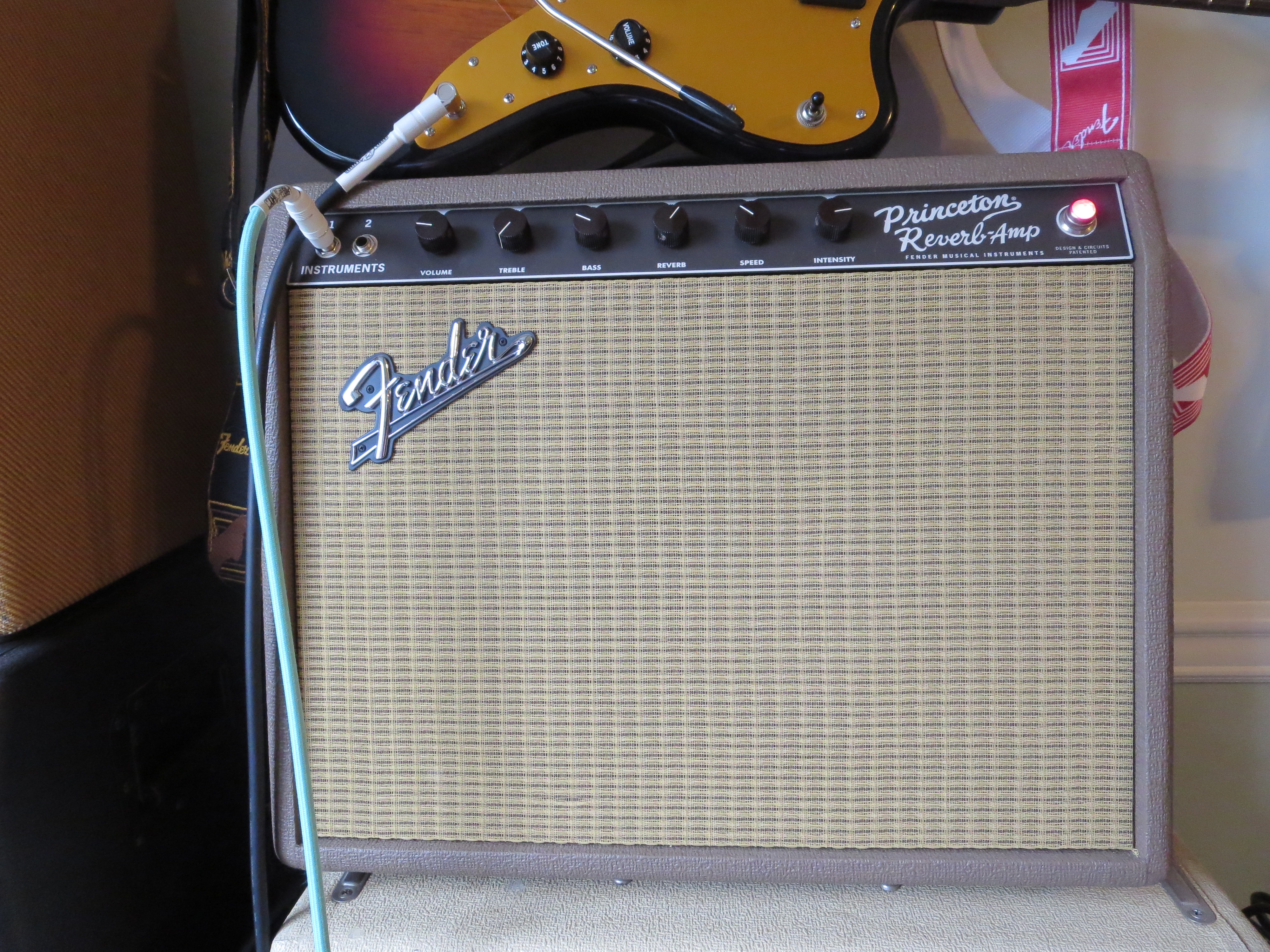 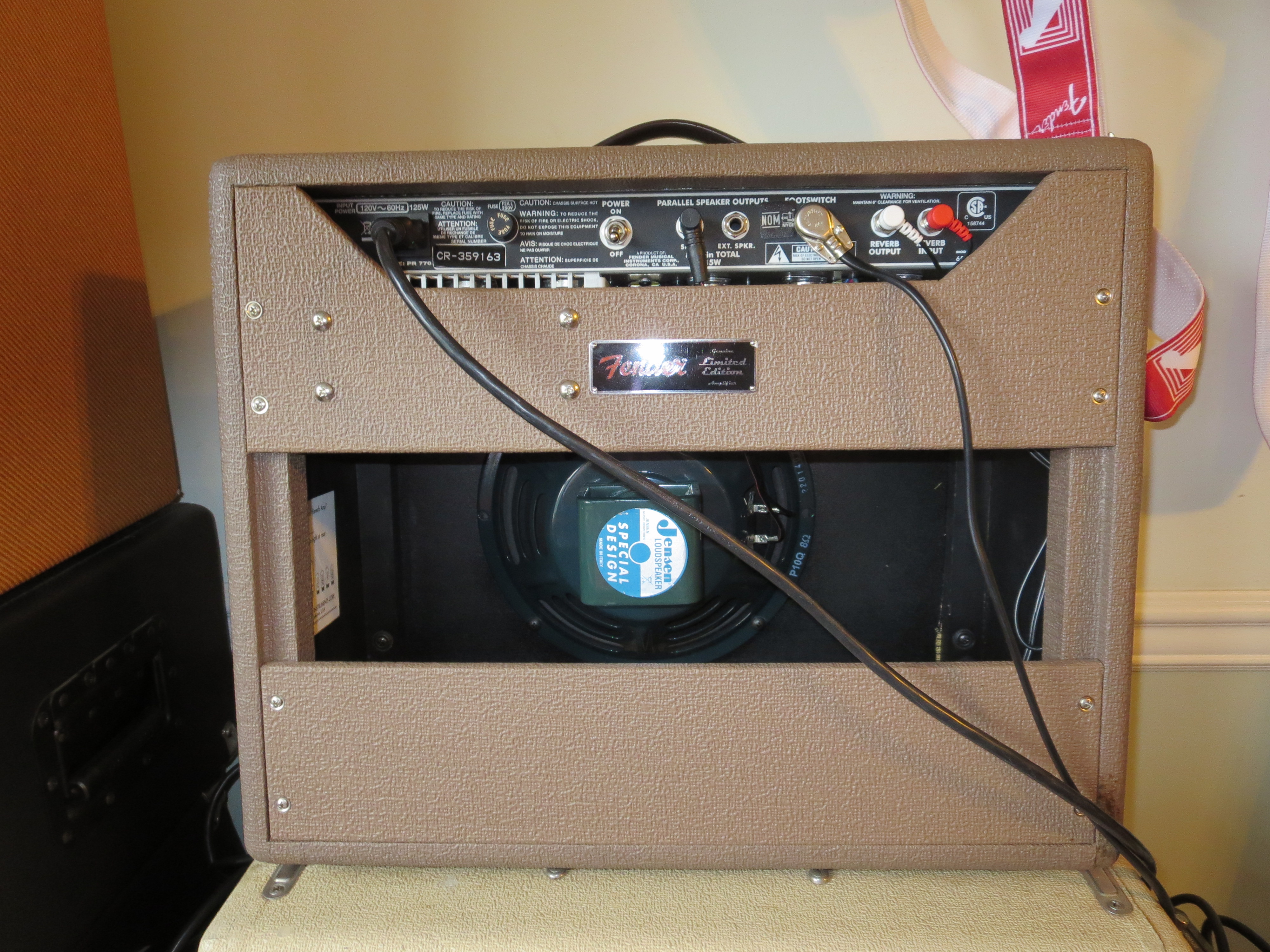 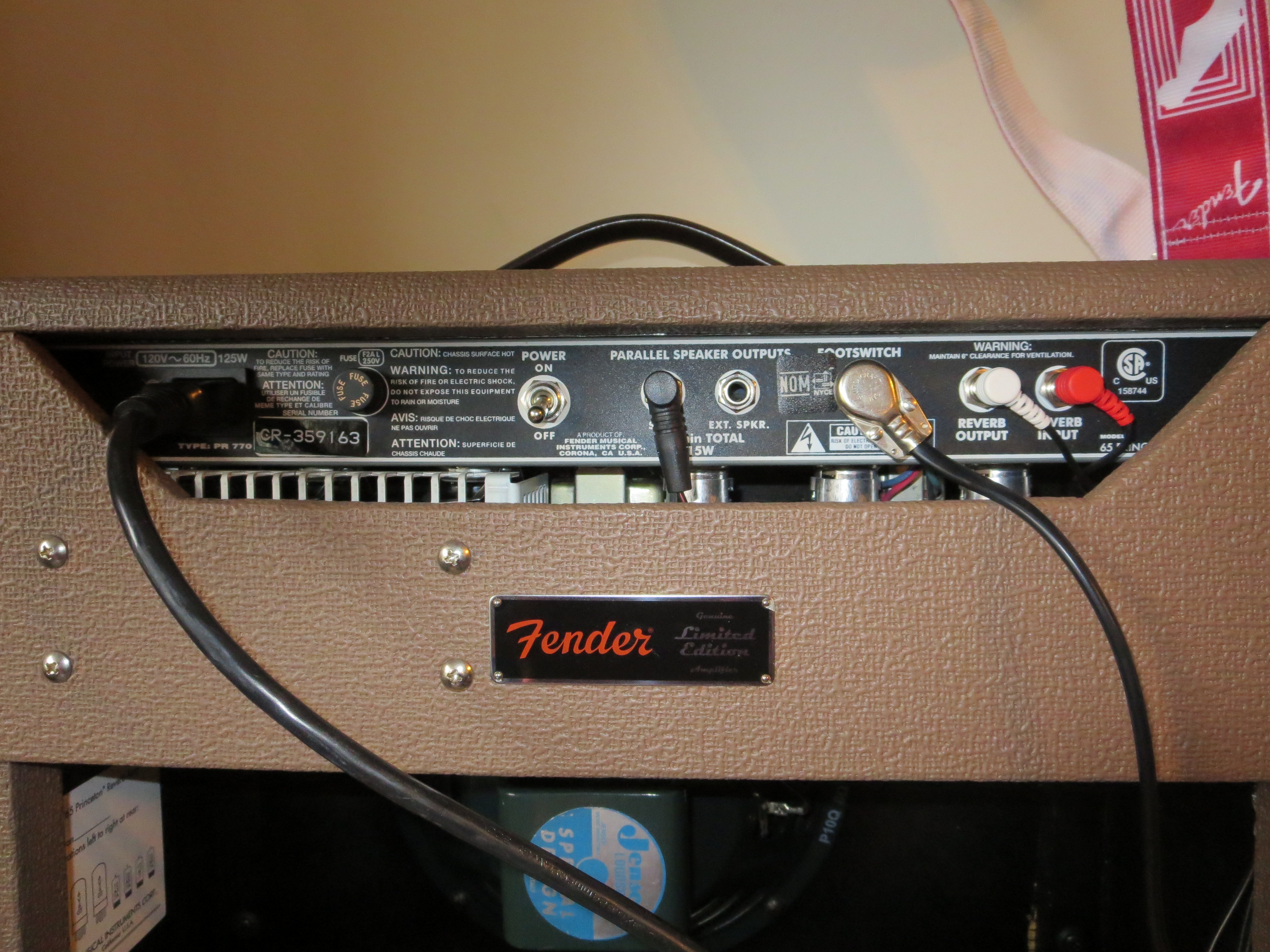 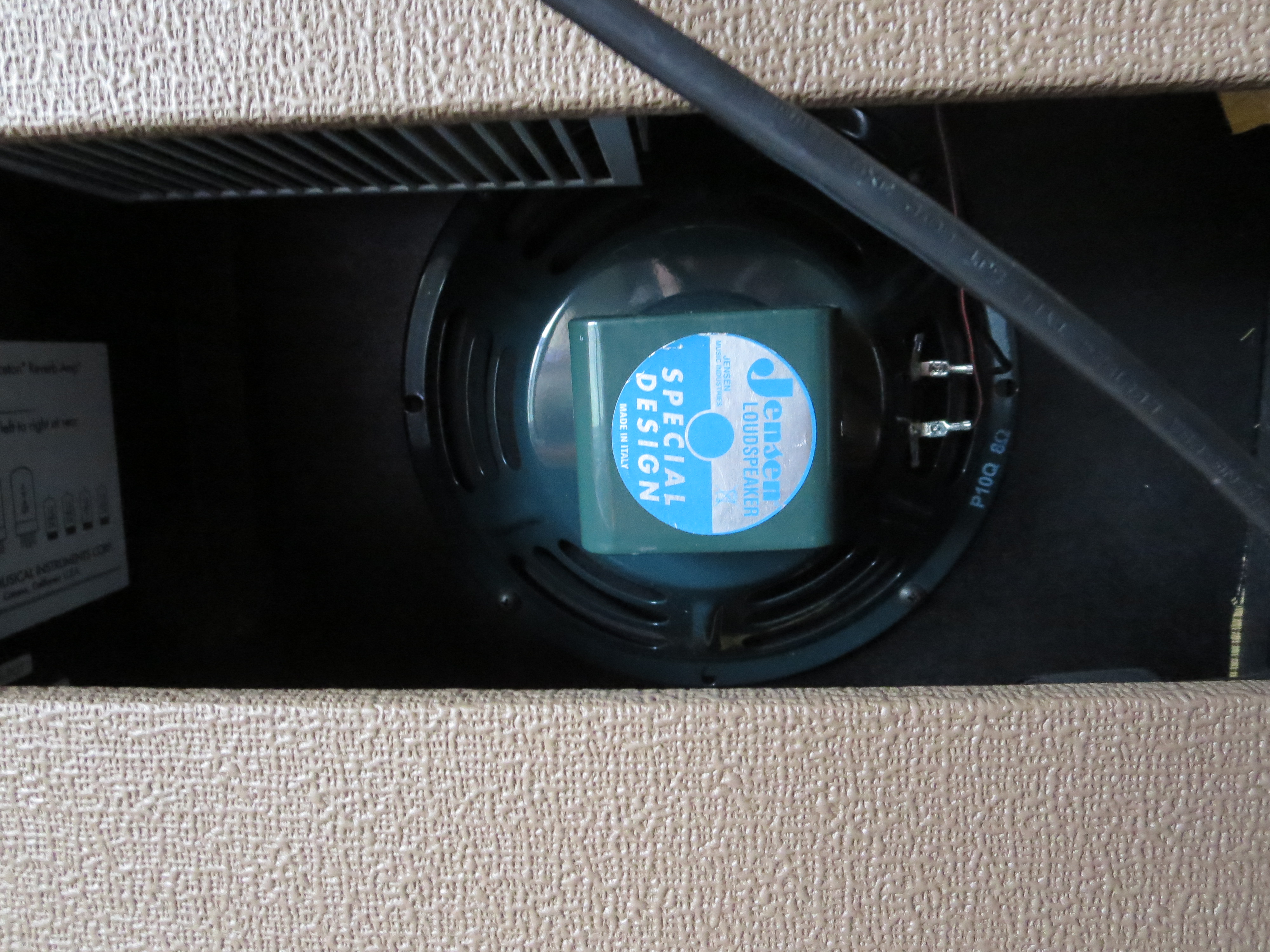 Very nice, but I don't think I'd ever be able to convince my stupid brain that it isn't an acoustic amp. Brown tolex means acoustic amp.
Top

sessylU wrote: ↑
Fri Apr 02, 2021 5:41 am
Very nice, but I don't think I'd ever be able to convince my stupid brain that it isn't an acoustic amp. Brown tolex means acoustic amp.

I totally appreciate that sentiment - I used to have an Acoustasonic amp about 12 years ago.

I was hoping to find an early '60s Princeton but the prices have been skyrockteting for anything vintage Fender lately, so I had my sights set on the Princeton Chris Stapleton Signature. Then I came to grips with the fact that my '64 Princeton covers that territory (with a larger, 12" speaker, too).

I decided to get a Princeton Reverb with a 10" speaker - even though I've been gravitating more and more to my reverb pedals for the variety of tonal options, I might find a reasonably priced PR that I'll get on with aesthetically. I was on the lookout for a '65 reissue blonde FSR or the Fudge Brown, which is basically what I found and preferred over the blonde. That it was only $750 was just too good to pass up.
The doofus formerly known as Snorre...
Top

This is a great looking amp! I bet it sounds great!
Top

Thanks, it's a keeper!