I'm wondering if anyone here can help me figure out what I have here. I just bought a Vox 412 cab that is definitely not a V412BN, but I can't find anything else out there about another 4x12 they ever made that's anything close to this thing.

Here's what I've noticed that is different from the standard V412BN:

• Way sturdier build: it's all 13 ply rather than MDF;
• The rear panel is attached with machine screws and T nuts, which was a nice discovery;
• AC30 style handles on the TOP and none on the sides;
• 90's made in England Greenbacks, my favorite! (obviously, these could'a been a later swap, esp with the cloth wrapped vintage style wiring used.);
• Only a single input jack in the back rather than a mono/stereo 3 input plate. There is another small hole on the bottom of the panel for another single jack that is not installed, presumably for a parallel pass-thru for a full stack set (see curveball info below!);
• The Vox logo is in a slightly different position (noticeably lower);
• The front grill is not removable w/ velcro;
• No casters or sign that it ever had them;
• The dimensions are slightly different than what listed for a V412BN, but I don't know how accurate those are.
• Does the V412BN have a slightly angled front, or are all of the ones in photos on the internet have the grill placed sloppily? Because mine is totally vertical.

I'm wondering if maybe it's a North Coast Music custom job from back in their day?

There were two of these where I got this one and I'm kinda regretting I didn't snag both, especially once I found the 90's Greenbacks inside!

BONUS curveball info: When searching for something similar online I saw the Vox ad from 2002 when they built a wall of AC30 stacks for a Lenny Kravitz tour. Those have the same lower logo placement on them, have the non-angled front panel, no casters, no side handles (found in a 2002 tour photo). Here's what's interesting: there was a collection of cabs for sale where I got this, which included some 70's Marshall cabs, once of which had the name Broken Homes spray painted on the back—which is Craig Ross's old band. He is Lenny Kravitz's guitarist, has been forever. Okay, that's circumstantial at best, but still… shit, I should'a bought the second cab while I was there. 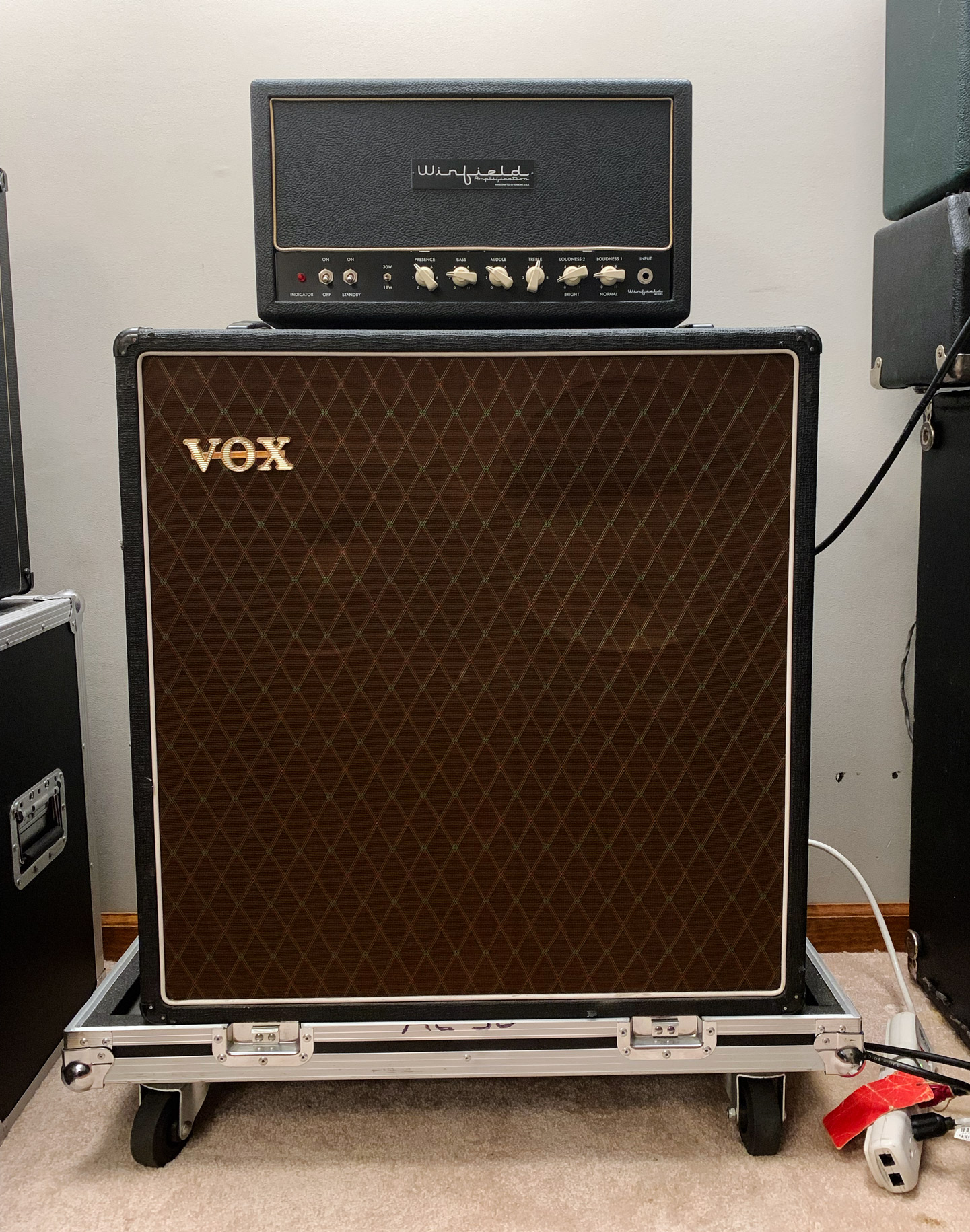 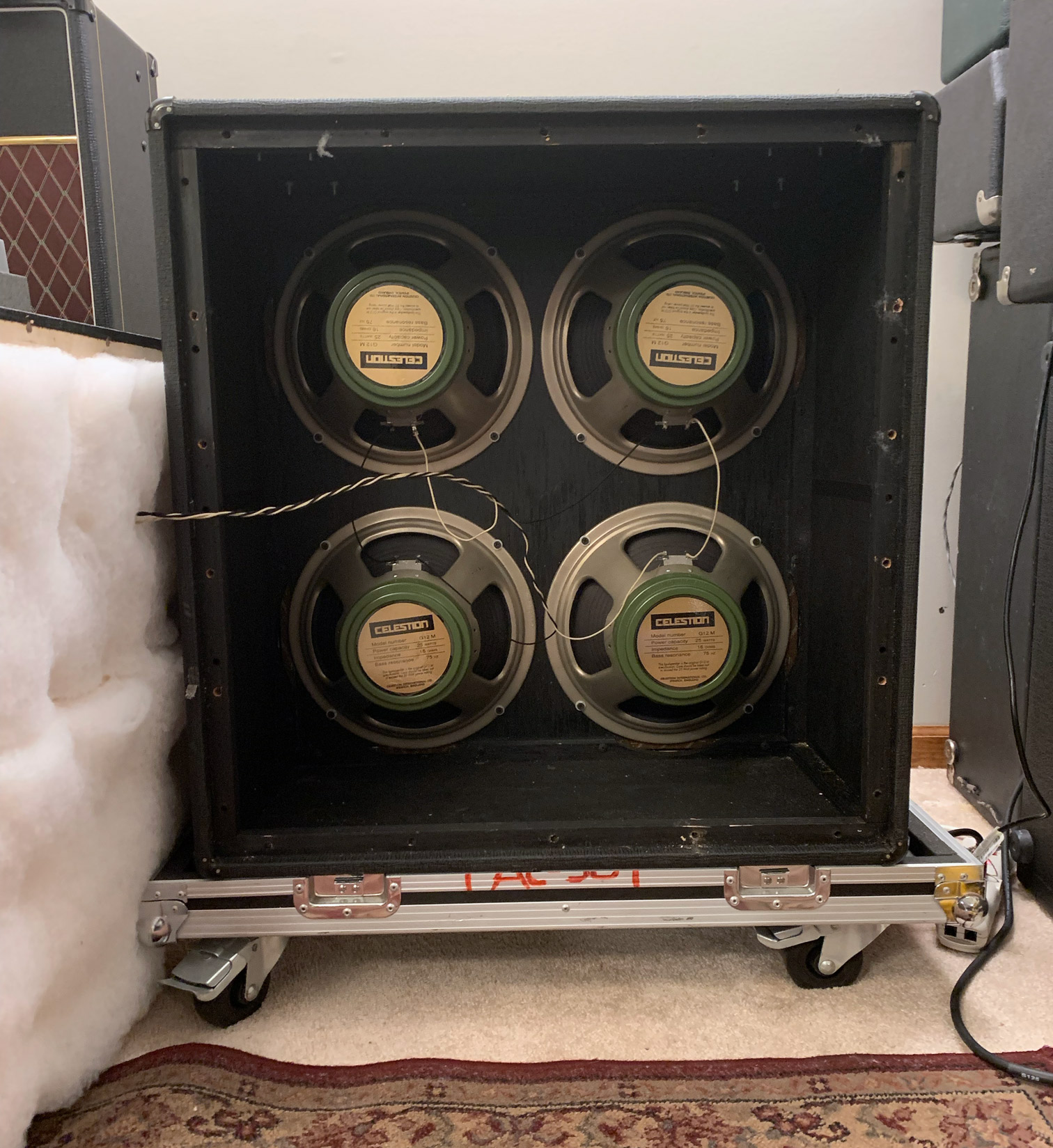 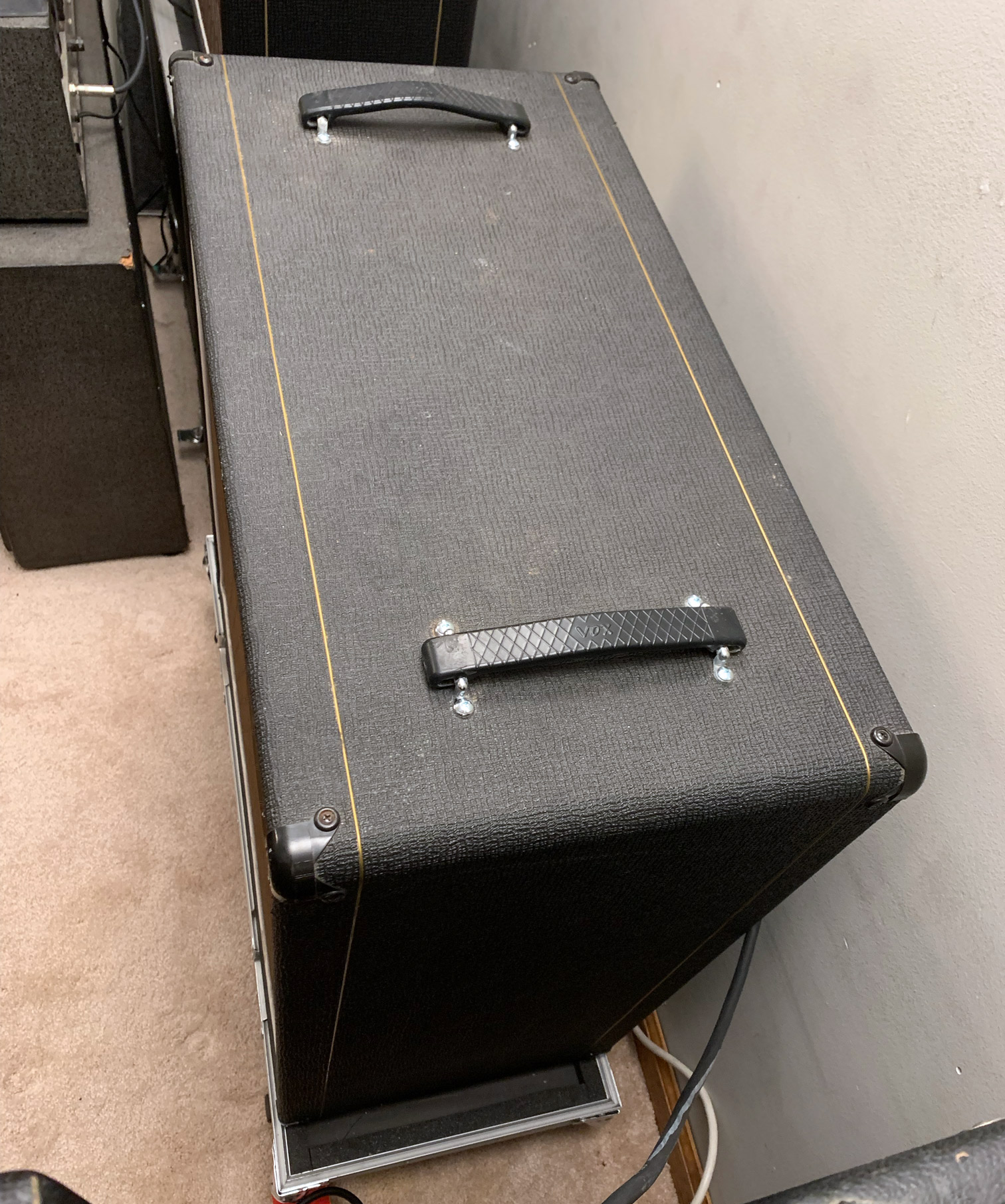 UPDATE: I looked up Lenny Kravitz guitar tech, confirmed he was his tech for the 2002 tour, and went down a rabbit hole and found this clip he mentions he always has his cabs custom made for tour to look like other stuff, including Vox! And wouldn't you know it, he runs greenbacks.

Definitely from that tour is what I would say. Highly doubt this would exist any other way. If not that specific tour, it was certainly custom made for someone and I would guess a VOX artist. I don't think this piece was ever commercially available as far as I know.
Top

How cool is that!

i always liked the vox 4x12's. they remind me of blonde redhead.
https://www.youtube.com/watch?v=mjkHARWim5k
you can see one in the background at the 1:30 mark

my friend used to use a hiwatt into a vox 4x12 and it sounded great.
offset guitars resident bass player.
'Are you trying to seduce me Mrs Robinson? Or do you just want me to solder a couple of resistors into your Muff?'
Top
Post Reply
5 posts • Page 1 of 1