Halo Maude...hmm I'm wondering if she goes in here but let's set that gently to one side and give her a chance. It's at least as relevant as the last Gwenno which is on the same label (I went right through everything they released lately so you don't have to).

Her music does have some tropes in common with many of the more song based bands in here but undercut with a real 80's Cocteausish dream pop feel (some tracks are quite Sundays too) and not a little engaging charm (in some way she's in Venn overlap between something like Lake Ruth and something like Tess Roby). She also plays one of those Silvertones with the Baby foot headstocks that MaggieO on here has.

She's French, she sings in the language of love and was apparently a member of Melody's Echo Chamber live band (biog) but I think she's been wise to strike out on her own because this is much more my style.

Halo Maud - Du Pouvoir this has a tres bon guitar solo...something I say...well...never...

And from an earlier seven

A Year In The Country - Audio Albion this looks really good, physical not here yet but the tracks I've heard are excellent.

Audio Albion is a music and field recording map of Britain, which focuses on rural and edgeland areas.

Each track contains field recordings from locations throughout the land and is accompanied by notes on the recordings by the contributors.

The tracks record the sounds found and heard when wandering down pathways, over fields, through marshes, alongside rivers, down into caves and caverns, climbing hills, along coastlands, through remote mountain forestland, amongst the signs of industry and infrastructure and its discarded debris.

Intertwined with the literal recording of locations, the album explores the history, myths and beliefs of the places, their atmospheres and undercurrents, personal and cultural connections - the layered stories that lie amongst, alongside and beneath the earth, plants and wildlife.

OK no messing about...sagacious scholars have deciphered their cryptic scrolls and revealed that...Pram have a new album out on the 20th of July. HAIL THE GODS OF THE SEA, SKY AND LAND!

blurb nicked from the boomkat preorder


The woozy eldritch charms of Pram return for the first time in over 10 years...

As with their previous albums, Across the Meridian mixes instrumentals and songs, weaving a gleeful path through the musical territory of film scores, 30s jazz, sun-drenched pop, electronica, and post-punk experimentation. Haunting and wistful vocals are set to a variety of soundscapes, sometimes appearing as a snatched fragment of the subconscious and dreamlike, at others crafting a story of longing or regret, drawing the listener into Pram’s uncanny world through the mirror. Newcomers to Pram will find a richly detailed collage of influences ranging from exotica, Krautrock and the forgotten film soundtracks that went on to inspire contemporaries Stereolab & Broadcast.

The band convened at the remote Foel studios in Wales to improvise on ideas and record some bases for tracks, before finishing them in their studio in Birmingham. Pram have a working process that has developed over many years and reflects shifts in band personnel and technological advancements. Across The Meridian is a testament to the band embracing these new approaches without losing any of their original allure.

^ Hmm not sure how that's going to go without Rosie, but I will buy it anyway and see.
Distance-crunching honcho with echo unit.
Top

Couple of things folk may have missed;

Chapter 1: Black Propaganda begins in London during the blitz of world war two. Published for the first time in a limited edition of 100 copies, individually numbered & printed on A5 colour 115GSM silk paper. Plus an immediate download of the narrative performed by Dolly Dolly with music by Howlround (taken from the compilation CD The Delaware Road). 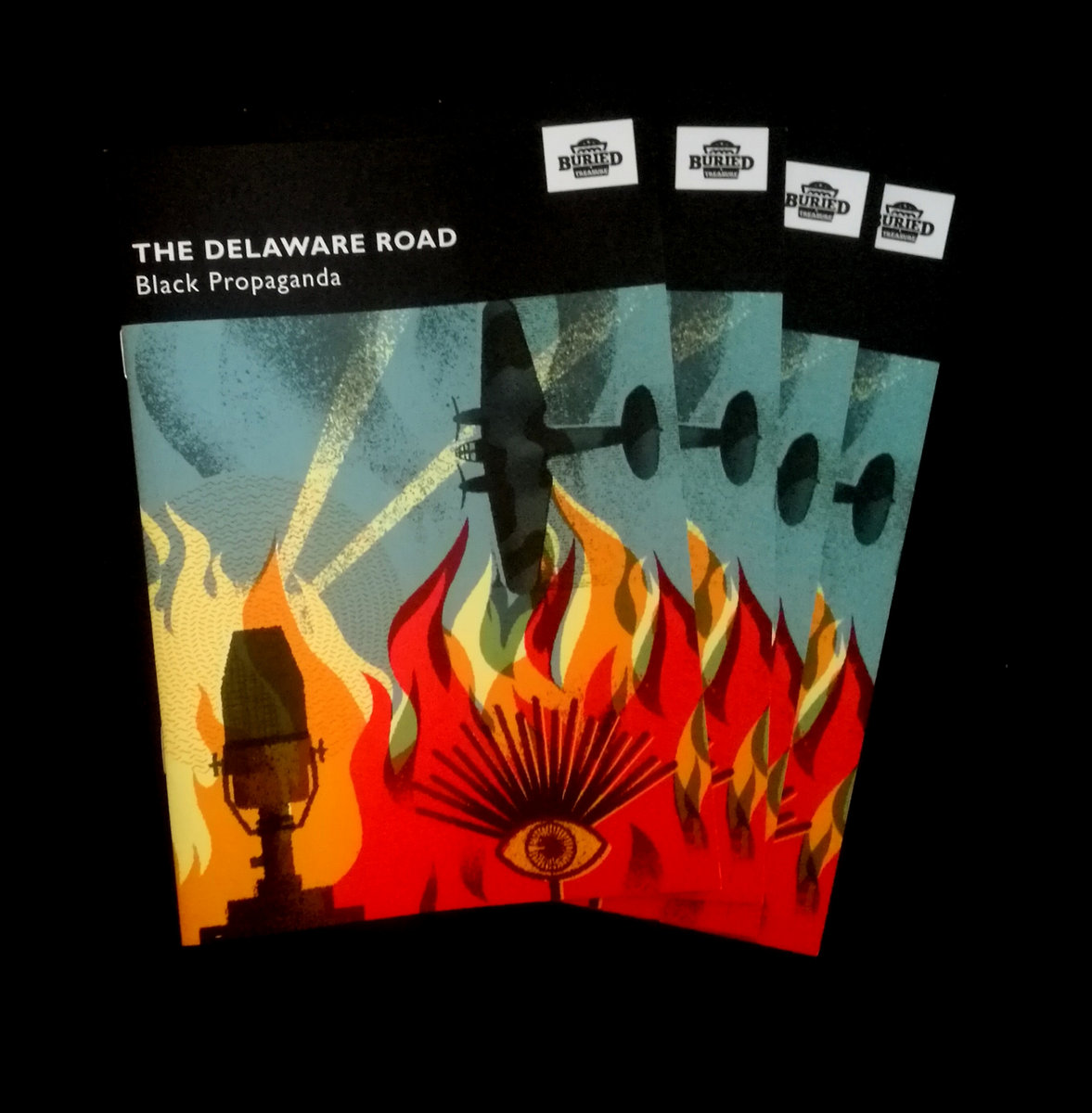 Also comes as a poster pack.

^ One of these Shadowplay posts that cost me money.

Yup, it cost me even more when I noticed that in addition to the Jon Brooks album, there was a John Foxx 10" that I didn't have

Empty Avenues is really good. I'd also recommend the 12' with Jori Hulkkonen 'European Splendour ' that came out around the same time IIRC. Evangeline in particular is gorgeous. 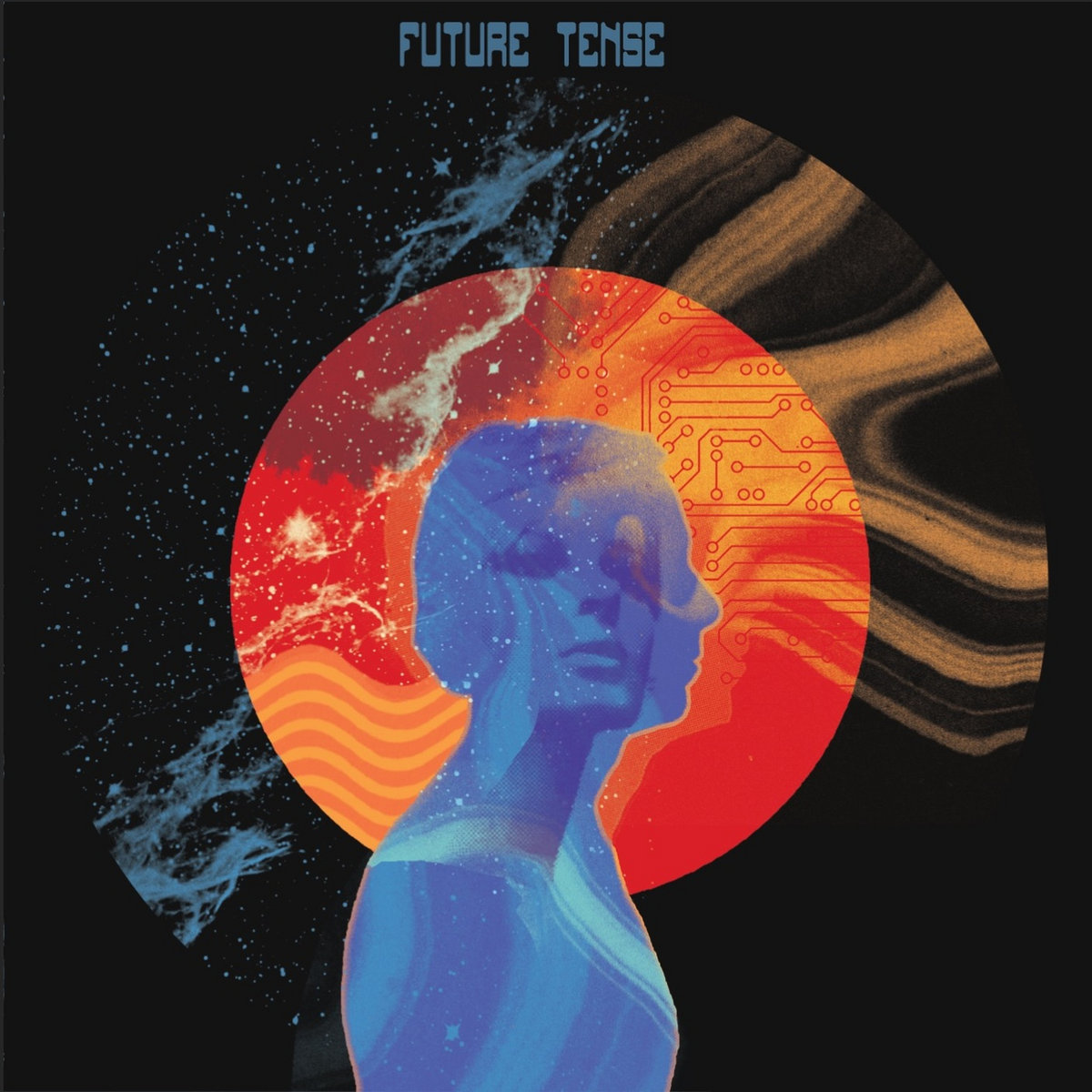 I'd wholeheartedly recommend Glasgows Tomorrow Syndicate debut album 'Future Tense' on the most wondrous Polytechnic Youth. Now is the time to hop on this bands comet tail, even if you've not been following them through their wonderful two seven inches on PY and niche VHS release..

The album is broadly retrofuturist motorik pop that skirts the edges of jangly post punk, a touch of UVS, library music for German highspeed train documentaries and modularwavedisco. More than anything I keep thinking of the Asphodells/Friendly Fires Before your eyes/velo split 12' from the other year but I don't think it's intentional just the inevitability of following certain influence ley lines.

I probably should have done this last week since there's probably heehaw chance of buying a 300 only vinyl copy that hasn't been through the grasping trotters of pigdogs...errr discogs resellers but you can buy the file direct if you hike up to their bandcamp. Edit; there does seem to be some preorders that are still active.

and here's a Video for Lifeforce from the elpee.

Polytechnic Youth's other release this week; Dialectric ‎– 'Phase' is argubly every bit as beguiling and a total bargain when bundled with the Tomorrow Syndicate album for a righteous £26 including post.

A few spins in and I really like it, you can it out on their Bandcamp; Pram - Across the Meridian

Long term member Sam Owen does a whole lotta Rosie style vocals so you don't miss her too much.

Btw nobody like Tomorrow Syndicate? I thought that was a guaranteed winner in here.

FWIW I bought the Tomorrow Syndicate LP and like it well enough. There were two copies left in Monorail, according to Dev. Sorry I wasn't fast enough on the Dialectric LP as I like that a lot more.
Top

There's a new Gulp elpee out , hopefully mine is with me tomorrow. They've apparently relocated to Scotland too.

One new song on the bandcamp but it does contain the Search for Your Love and Morning Velvet Sky singles.
(btw the 12 of MVS is a must for this remix and OT a little but if you like this mix look at this Mary Epworth one.)

If you like Gwenno, you'll probably find something here.