For guitars of the straight waisted variety (or reverse offset).
Post Reply
8 posts • Page 1 of 1

got jealous after i was a couple minutes late on the one that fever606 had for sale on here yesterday(or the day before?).

marched myself down to the local shop and talked them down to 450 on the one i knew they had in(which stood out to me as one of my favorite gibsons i’ve played, prior to the corona mess)... as i joked with my housemate, it’s kinda the only les paul i’ve ever liked. something about a bolt neck and a sawdust body... 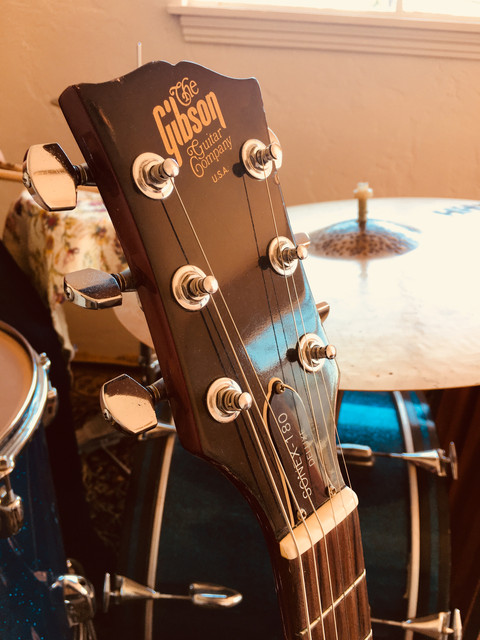 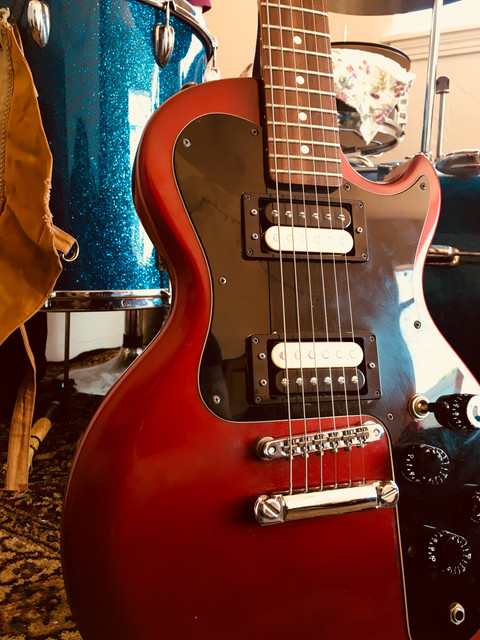 first impressions, i love it. it’s somewhere between fender and gibson in terms of feel. CRAZY bright(a welcome surprise) - like jag/jm bright. the sonic youth thing makes a lot of sense. d’addario 12s(was maybe 9s before) made a world of difference. excited to dive deeper.
Last edited by postchrist on Mon Jun 15, 2020 11:24 am, edited 1 time in total.
whatever you do, don’t call daddy!
Top

Yeah, the body is like sawdust mixed in with plastic or something. Crazy.

I love the necks on these. Yours is in a lot nicer shape than mine is.

The history of these guitars is crazy. The early ones say "Sonex by Gibson", and that's because Gibson was planning to diversify the lineup, like what car companies do.

There would have been the Gibson brand, which was the high end stuff.

Below that I think was the Firebrand lineup.

And then the entry level stuff was the Sonex by Gibson.

But what's hilarious about it is that they developed this whole long term strategy for marketing their guitars like this, it was a little deeper than just what the customer might have seen because it was also designed to get their instruments in stores that weren't full Gibson carriers- like, your local store might have just carried the Firebrand line or something but not Gibson.

The reason basically no one knows this is because Gibson basically never did it. They were floundering so badly at this point that they spent God knows what developing this long term strategy for their instruments and then printed up a couple catalogs with the concept only to just immediately say fuck it and just make the Sonex be a model and not a line.

Incidentally, you seem to have the Sonex "Deluxe", which is the, uh, lowest price model, which has Velvet Brick hum buckers that were designed by Bill Lawrence. I can't ever find out much about them.

They actually made a Sonex Artist that was neck-through and had the Moog active electronics like the RD Artist.
Top

As a kid (around 12), my friend got one of these in all black. I thought it was a deluxe, but it had the dirty fingers pickups. I learned to play electric guitar on that thing for a few years before it was stolen, which heavily influenced what I like in guitars.
Another friend more recently had an LP Jr, which (to me) had a very similar feel. It wasn’t an expensive model, and could have used some work, but it felt really good and I had fun playing it.

I would like to get one similar one day, congratulations on yours.
-David

Nice! The Sonex is cool in general - I especially liked the Fender-y-ness it gains with the bolt-on neck - and that red one is striking! The "velvet brick" humbuckers are fantastic IMO...

Congrats on the NGD!
Top

Congrats. What a bizarre story behind those guitars. I wonder how much of the velvet brick was actually designed by Bill Lawrence, his story with Gibson and Fender is just as convoluted. They watered down and/or forced him to change his designs almost every single time, from the L6S in the 70's at Gibson to the SCN pickups with Fender in the late 2000s, he hated the final designs because of modifications they forced on him for budgetary reasons.

I've never seen an interview talking about the velvet brick specifically, so it may actually be one of those few cases where he got to put something into production that he actually liked.
Top

So weird that I saw this thread right after seeing this video!
Top
Post Reply
8 posts • Page 1 of 1