For guitars of the straight waisted variety (or reverse offset).
Post Reply
4 posts • Page 1 of 1

It's a long story.

So basically, I've had this VOX AC30C2 for ages. The reverb wasn't working & I didn't have the change to get it fixed. It's been sitting online for view. The closest I got to a sale was the pressure of a lowballer.

This morning I bothered the lowballer again, just to see if he'd sat on the decision. I was going to give up & sell for $100 less than I wanted, but he had money & whatever.

By afternoon, I was talking with two other interested buyers. The first wanted me to travel, the second wanted to trade & some cash.

No one would give me a ride, so guy one is out. But guy number two said he wanted to play it in church, so I had a soft spot for him.

I may have made an unreasonable decision, I mean. If I wanted a deal. Or whatever. But I am happy with what I've done. 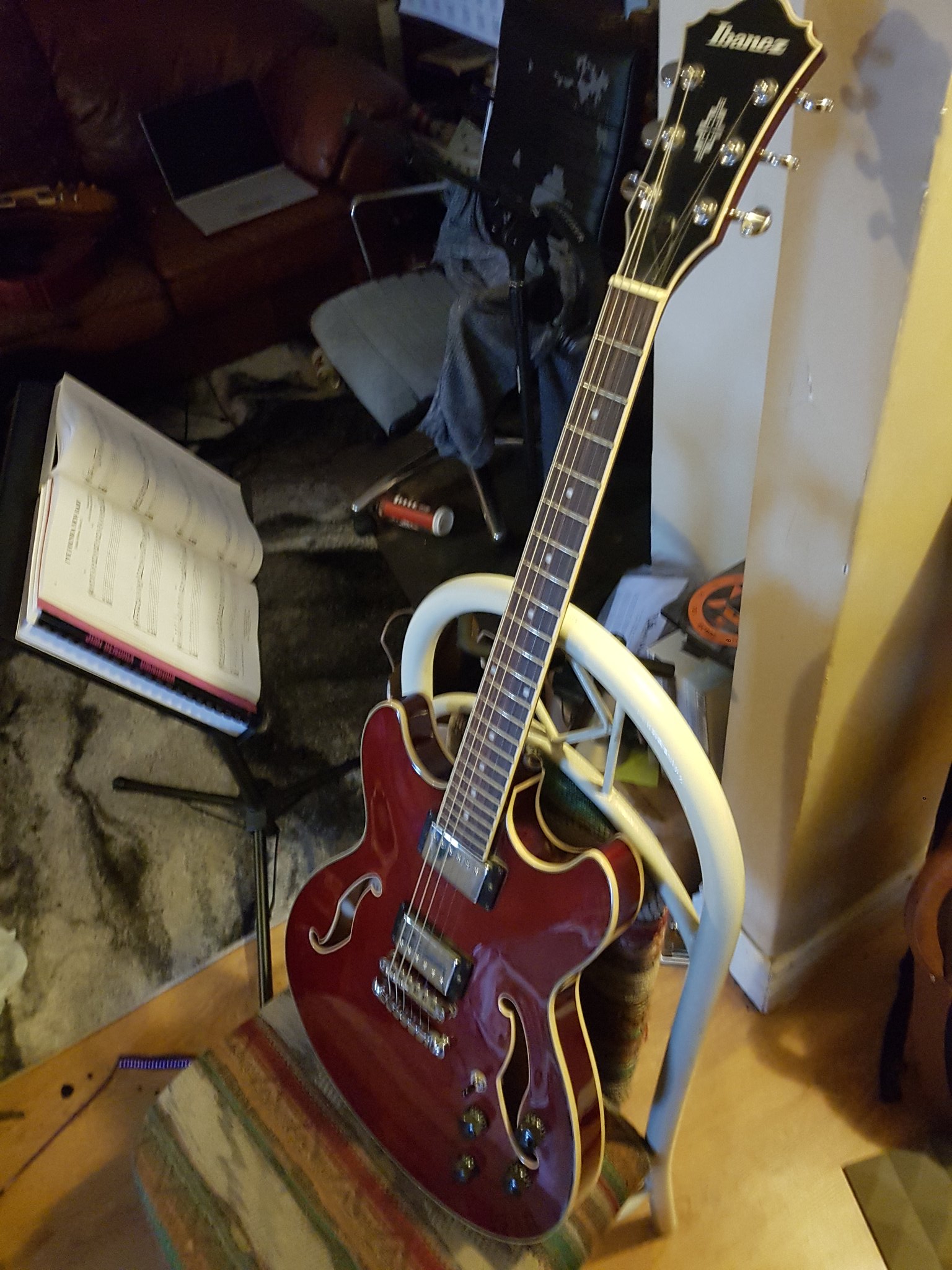 What do you think of the thing?
Top

I dig it. I used to have an AGS83B Artcore single cut semi-hollow. It was a really good guitar, although I wasn't a big fan of the stock pickups.
"Can you please pass me a jug of winter light?" - Lee Ranaldo 2000
Det er mig der holder træerne sammen.
Top

BoringPostcards wrote: ↑
Sun Jan 19, 2020 1:55 pm
I dig it. I used to have an AGS83B Artcore single cut semi-hollow. It was a really good guitar, although I wasn't a big fan of the stock pickups.

The fit to my body is what really sold me. I mean, I'm no aficionado when it comes to pickups, but I did adjust the pole heights.
Top

These are great guitars. I have an AGS83B and it's one of the best guitars I've got. I would recommend Artcores to anyone. Great guitars for the money. I've put P-Rails and Hipshot rings in mine and it's brilliant. Does everything.

Don't know whether the trade you made was fair in terms of market value of the items involved, but trading a broken amp for a great guitar seems like a good outcome.
Top
Post Reply
4 posts • Page 1 of 1