I was late sharing my last project and had to write a massive post to catch up, so I'm doing this one not far beyond initial thoughts!

I've had my jagmaster for years, i think i got it around '09/'10 ish. It was my first offset, back then there really wasn't much else available or more vintage spec at a squier pricepoint. It's an anniversary neck plate so think that makes it 2002? Long scale version, made in china.

It was in OK order, certainly seen some action, but the previous owner did get it playing well, setup nice. There's a crack in the finish at the neck pocket, the neck has been shimmed, i think there is also a crack in the wood between the neck pup and the neck heel under the pickguard, and plenty of paint chips on the bottom rear. However- despite this- it's stable as hell, and plays really nice- so i've never modded it, just played it. I think one or two of the tuners have sheared at some point, but i have a box of a few of these from when I've replaced them on other squires over the years. Aside from restringing and cleaning, it's needed nothing else. Here's a recent pic. 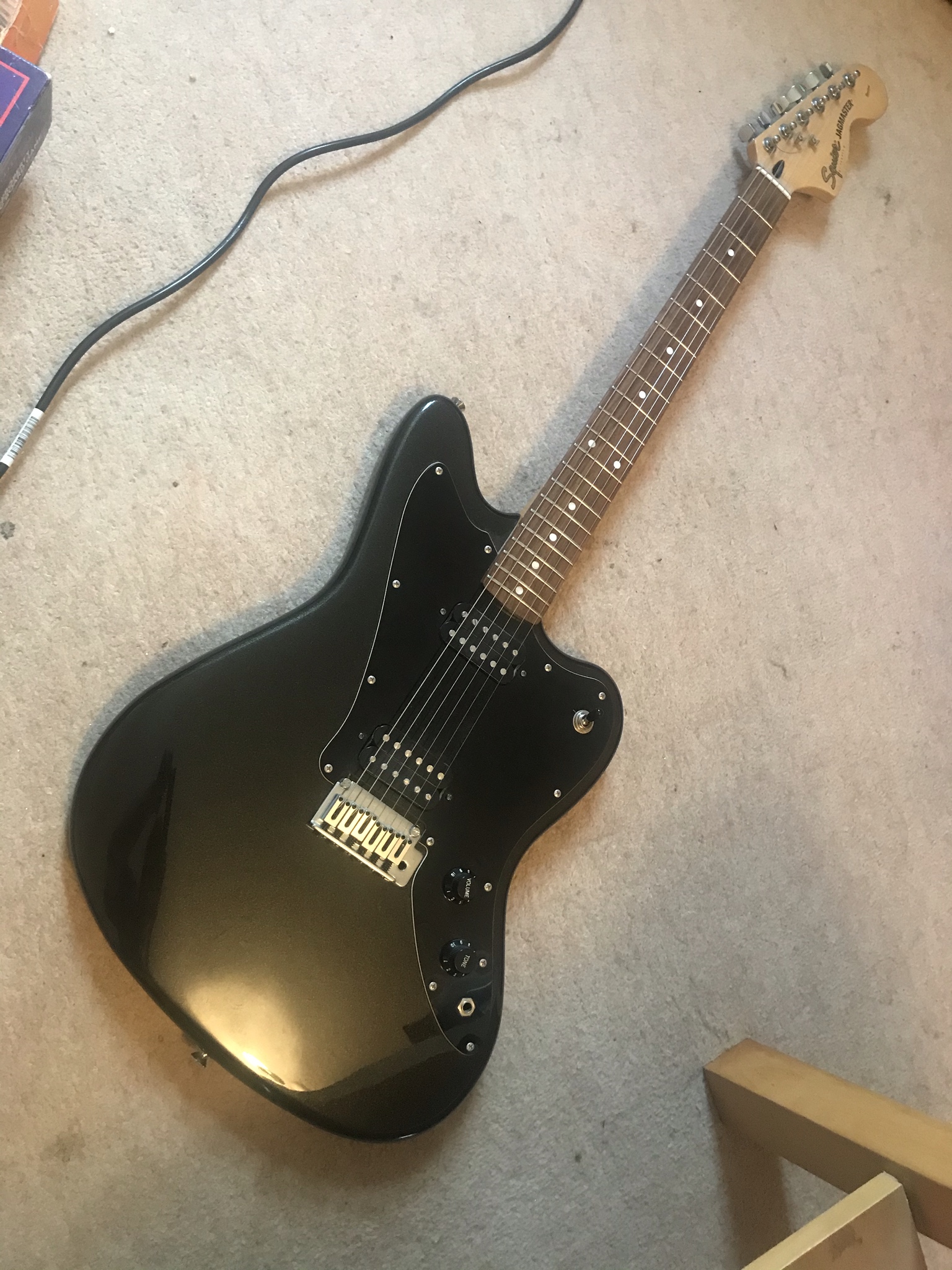 This guitar hasn't been in use for 5 years- and needs a good clean, the elecrics are crackly / inoperative too. I've been reluctant to sell with it being my first offset, and i really like the neck. Whilst going through my parts during lockdown I've unearthed an old HH pickup set and switches I'd planned for a project that never made it, so decided that i'd build those into a guard, clean up the neck and frets, maybe a nitro overcoat and get it back into use.

I'll log any progress here, it'll be slow, but I'll plonk the odd update in as I go along. I have a scratchplate which recently arrived for it, I will take a snap when next at the workbench

First question I have- As these things are getting older / rarer now- would it me sacrilegious to do a nitro over poly re-fin on it? As usual, thoughts, comments- good bad or ugly- all welcomed!