'69 Telecaster Bass - from Refin to Restoration

Bringing your older offset back to life.
Post Reply
4 posts • Page 1 of 1

'69 Telecaster Bass - from Refin to Restoration

So I recently bought this Telecaster Bass off of Ebay - I've always wanted one of those! 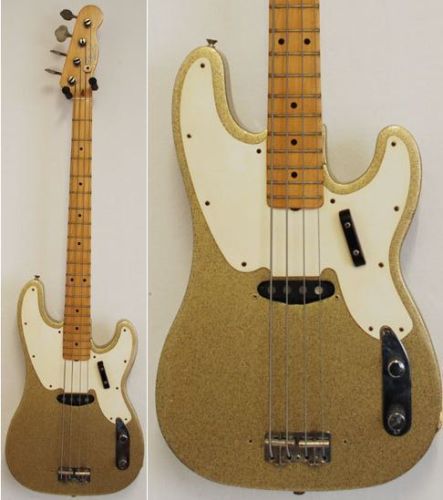 The gold sparkle was just too much for my taste...also, I've always loved the look of Aimee Mann's Tele Bass (might also belong to the bass player in her band):

I was planning on refinnig it in Fiesta and immediately took the bass apart after I received it. Yesterday, had a day off and the weather was nice so I decided to strip the body: 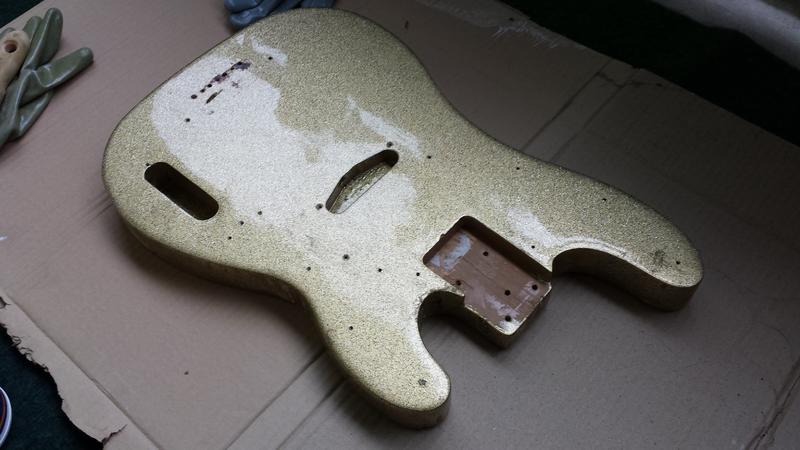 I decided to start with the back - the clear finish (which is also the sparkle layer, the gold is another layer underneath) was pretty thick, so I had to let the paint stripper do its magic for a good 4 hours. It worked pretty well though and the clear layer came off with just a little scraper work.

I then started to wetsand the gold layer, which was quite thin. Below the gold layer was another layer of primer. While I sanded away I noticed a yellow stain underneath the primer... 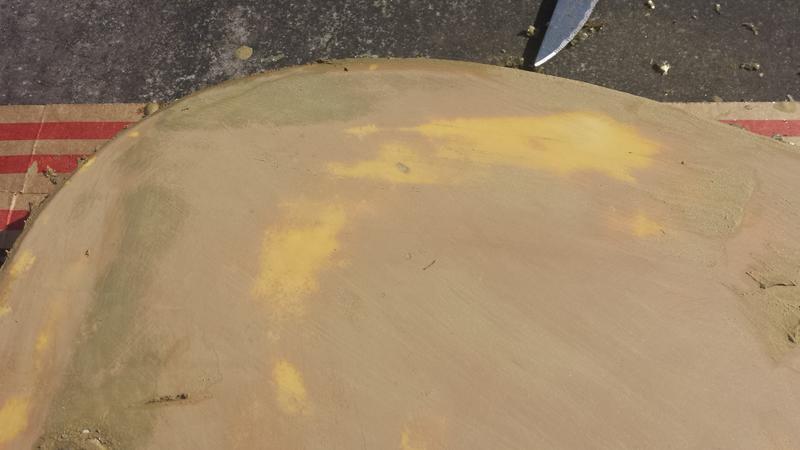 My sanding movements suddenly became a lot more gentle - and indeed, it was not just a leftover spot, but the entire finish seems to be intact and just buried it bordello door gold sparkle: 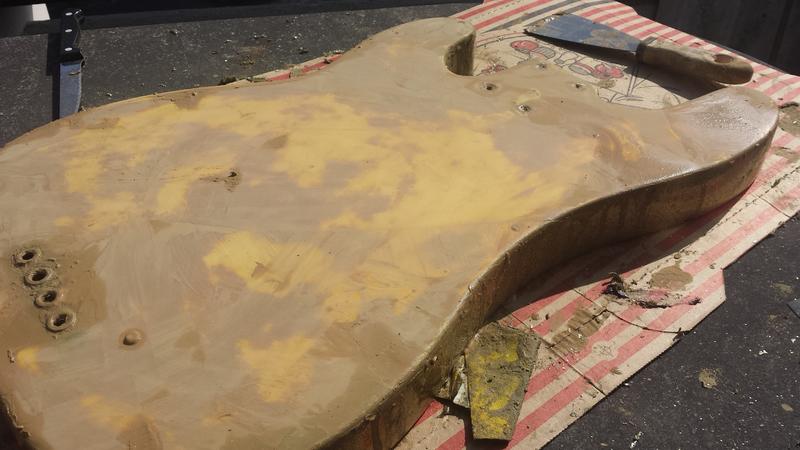 It was actually quite easy to get the rest off: 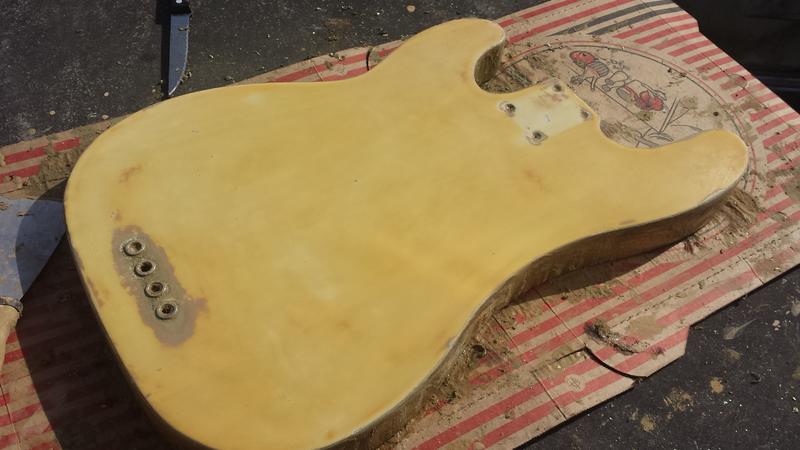 I guess I am lucky that Fender decided to switch to thick poly finishes some time before this bass was made - the blonde layer is protected by a rather thick clear layer, so it was pretty safe to sand.

Still have to do the front and the sides - and I also need a solution for the thimbles: 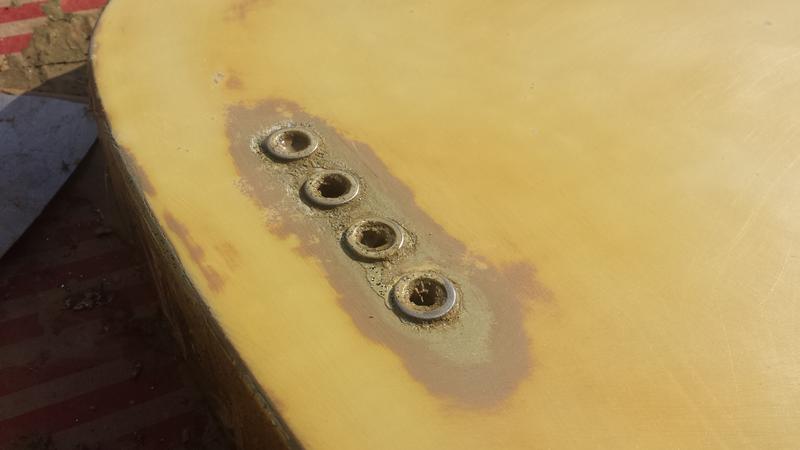 Nevertheless, I was very excited to make such an unexpected discovery - the mission is now to save as much as possible (the edges are going to be tricky...) and then make it shine again.

While obviously I'm happy to find the original finish intact, it boggles the mind that someone puts that much paint on top of an already thick finish. I would guess it adds another 200-300 grams of additional weight to an already pretty heavy instrument...people are strange

Looks very promising. I love it when a messed up guitar can be restored in such a way it'll be back in its original state.
It makes the sanding job so much easier and more fun....
Top

Any other austrians around here?
Top

i thought, ah gee, i liked that gold!
But then i scrolled down--- wow!!!!
I hope Joey will update us