StevenO wrote: ↑
Sat Jan 11, 2020 10:46 pm
Oh, they've already made it, they're just perfecting it. I know you don't like Behringer, buy they're doing awesome things regardless. No doubt, for me anyhow, that the quality will be just fine.

Korg just wanted to make some money while they still can before Behringer kills them by releasing theirs.

Korg had this on the table long before Behringer, the first picture appeared on their website in 2015 but was only up for 1/2 hour! But I don’t think Beringher will kill Korg at all, apart from on price.

Of course I like the idea of copies of these now unobtainable(due to price) synths being available for creators to get their hands on. I find the prices of the classics to be ridiculous ...hence why my synth/drum machine arsenal is now down from 40 at its peak in the early 2000's, to about 12 now. I couldn't afford to have such expensive items hanging around. There were better things to invest in.

I just hate Behringer due to their complete lack of ethics but I thought that long before they started cloning synths..they’ve always been pirates!
Top

It’s a bummer the Korg is so much/unavailable. I don’t know if I’ll be able to get my hands on one.
The cool thing about fretless is you can hit a note...and then renegotiate.
Top

My first analog synth with a built-in speaker! 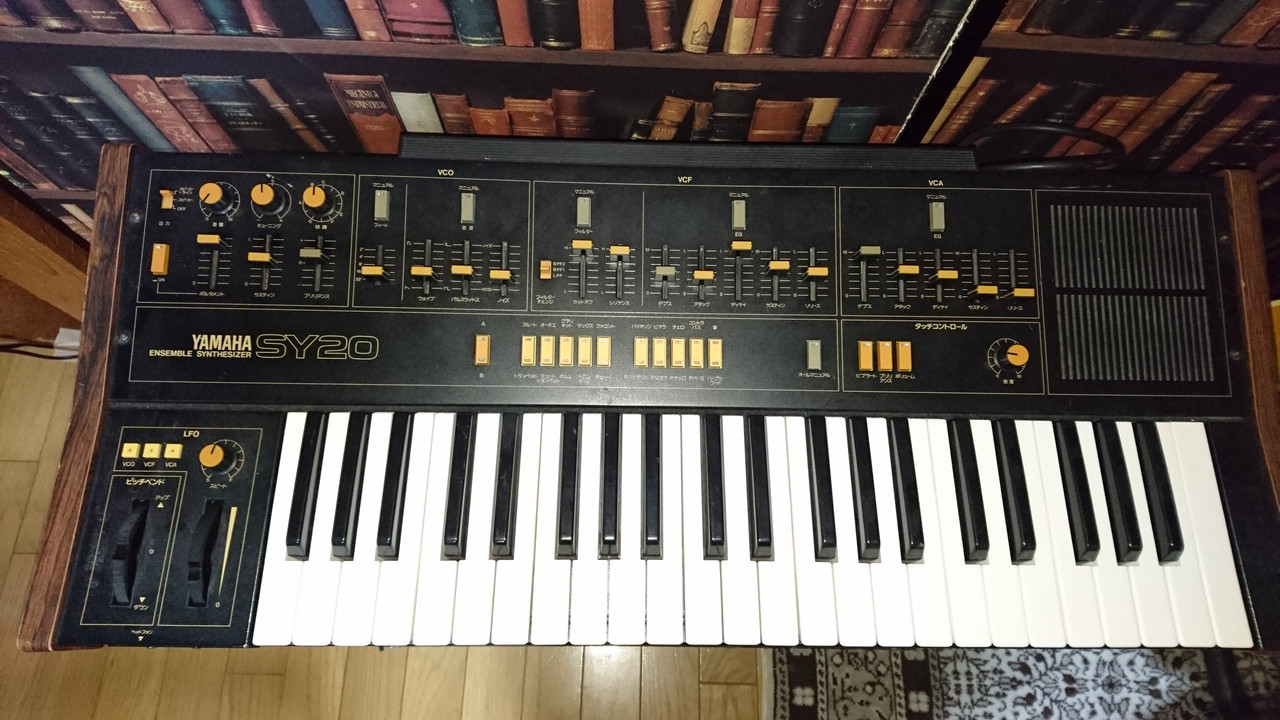 Correction : this was my first. 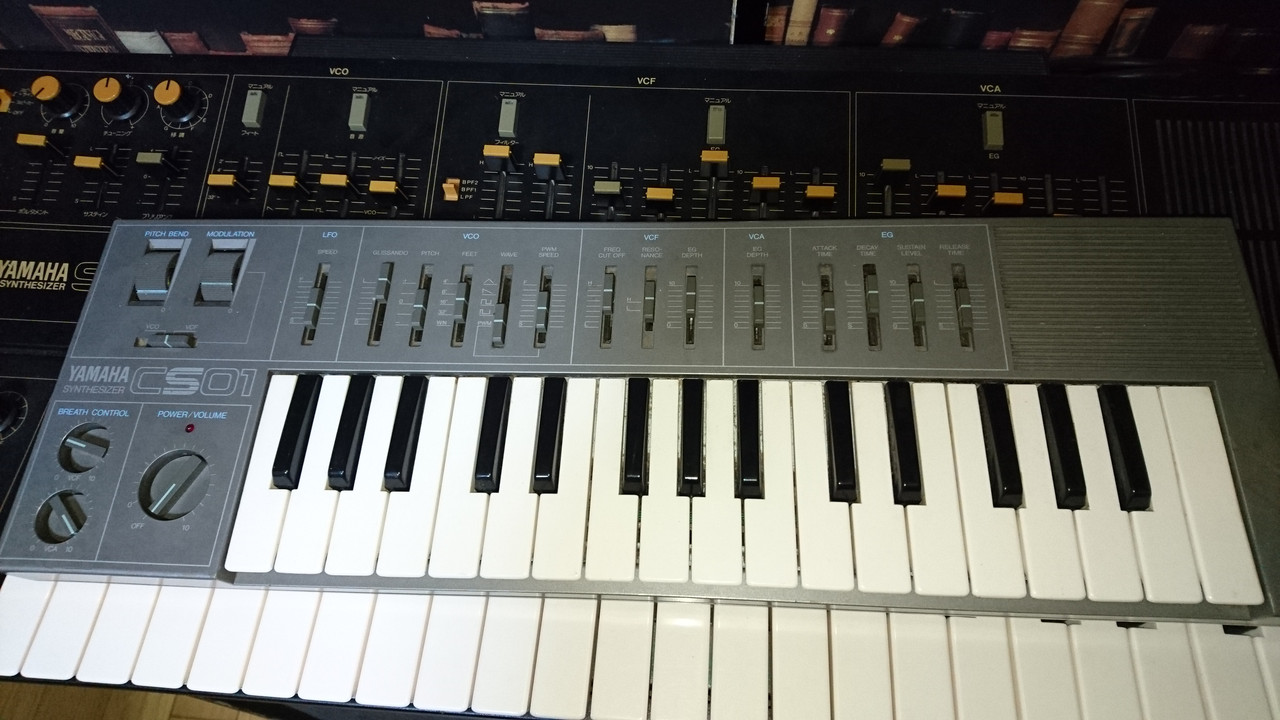 I had a weird thing happen yesterday. I’ve had a Yamaha Reface CS for a couple of years. Used sparingly. Yesterday I powered it on and the filter resonance fader now controls the waveform selection, it’s stuck in mono mode, and it clicks with every key. I tried a different power outlet and still the same result. Tried batteries and the same result. So I loaded the latest firmware. Same thing. Out of warranty now and it’s gone completely nuts. Total disappointment.
Top

So, I'm definitely wanting another synth, as I'm thinking about having one for rhythm, one for lead/melodies.

I've had my eye on a UDO Super 6, and I'm not ruling it out, but I also wouldn't mind something smaller and cheaper. The Super 6 kinda draws me because I've really wanted a Juno-type of sound, and it seems to be able to do that smooth 80's Juno kind of thing reasonably well. I've been thinking something simpler, and don't know if I really have any preference for analog vs digital at this point. Aside from the Juno sound, I have a few other sounds that I'd love to be able to get, and was wondering if anyone had any suggestions for synth based on those.

I've been listening to the soundtrack for the video game Morphite, composed by Evan Gipson, a lot lately and I absolutely love his tones for it. I'd be ok with a standalone synthesizer, but if a few Eurorack modules would be better for these tones, I'd be cool going that direction too. I'm also open to an electric piano with pedals kind of thing. Here are a couple songs that really stand out to me (all are pretty short tracks too):
Take Off
Frigid Winds
Fissures
Radio Transmission Delayed
Far Away - First Draft
Shields Up

The update I just read on the Fauxberheim is that it's not coming out any time especially soon as they're revisiting the whole thing from the very beginning.

God damn it all to hell. In the meantime I suppose my next synth is prolly gonna be a Korg Triton workstation, since it's got a pitch stick and does sampling. I can use sample robot to sample all my VSTs (including OBX'd) and that'll keep me going for a while. God damn it, though. It's been 2 years and now this "we're starting over with it" shit. What a sadist that Uli Behringer seems to be.
This is an excellent rectangle
Top

Honestly, I'd rather them get it right than rush it. One wrong move and everybody will be all "see? Behringer sucks!"

Their Model D clone determined that was a lie...

Seriously, that thing alone makes me want to buy everything of theirs except for the fact that it is so versatile I feel like I can get out of it pretty much everything else they've released that I've wanted (the Ms-20, the Cat, Pro 1, Odyssey, Wasp). Good for my bank account because I am now POOR due to the holiday, car repair, and my vacation I just got back from.
Top

That's just it, though. The rationale they gave is that they're going to be adding features. They didn't say what those features would be, though. I mean, they were basically at the finish line, and now they're moving everything back for some as of yet undisclosed "new features" that the original never had and that I'm certain we'd all be perfectly happy to do without.

I'll take a faithful recreation now over a somehow different version in another year and a half every single time. Maybe it'll have more filter options. But so much of what makes that synth great is the filters it has. Maybe poly aftertouch. Neat, but not worth the wait. Effects? I'd rather take mine a la carte than have to wait for whatever they feel like putting in there. More LFOs? Bah. That's just shit I don't really use and that isn't worth waiting for. I'm having a really hard time imagining something that could possibly be worth the delay.

Meanwhile, I am also poor for the same reasons as you. Holidays, car trouble (coolant system broke) and international travel for two. I'm looking forward to the first of February...
This is an excellent rectangle
Top

At least we're in the "I can't afford it anyhow" boat together.

But look at this: https://www.korg.com/uk/products/synthesizers/ms_20fs/ full size MS20's coming!
Top

This is a computer rendering, I thing it's a speculation when the rumors concerning a "Korg reissue of the 2600" came out.
Top

Another limited run. I wonder what the price point will be, considering you can find vintage ones for ~$1200.
The cool thing about fretless is you can hit a note...and then renegotiate.
Top

Another limited run. I wonder what the price point will be, considering you can find vintage ones for ~$1200.

I reckon the MIDI capability might make it worth the scratch.
“Now I am quietly waiting for/ the catastrophe of my personality/ to seem beautiful again.”- Frank O'Hara
I am not an attorney and this post is for entertainment purposes only. Please consult a licensed attorney in your state for legal advice.
Top
Post Reply
1451 posts

Return to “Other instruments”