EZdrummer has a fantastic set of features and high degree of realism for the price. Absolutely recommend it. It lives up to the name. Quite easy to get stuff that suits a given song.
Top

yep, EZ drummer is EZer than E, and pretty useful besides. Superior drummer is indeed superior, but EZ drummer is well worth it.
This is an excellent rectangle
Top

Yep, I recommend it. It's a big step up from MT Power Drummer.
Seas, Starry : Instrumental / fuzz / psych. Find us on Spotify, Bandcamp, itunes...
Top

This is good advice in the sense that you get an insane number of features and plugins for your $200, including the excellent Drummer.

I kinda like the EZDrummer approach to building drum loops, though, where you can assemble bar-by-bar variations yourself, to your taste.

Drummer's AI is definitely a revolution in digital recording, and in a lot of situations, it's a massive timesaver because you can simply give it instructions for how you want it to play, and it'll frequently do a better job of playing a more human-sounding part than you would probably assemble yourself. But, if you have a specific beat or fill in your head that you're envisioning for a specific part of your song, EZDrummer's loop-assembly tool is the quickest way I've found to audition beats/fills until you point and go "yeah" like Mick Jagger. One could argue that, if you have that specific a beat in mind, you should just be programming it yourself with a hardware controller or a grid-based drum machine plugin, which is a fair counterargument I'm making against myself here.

My point is that they are two vastly different approaches and I'm glad to have both, personally. I do agree that the money is better-spent on Logic if you're working on a Mac, though. It's just too absurdly powerful a creative tool for $200 to pass up.
Top

I've been building drum tracks for several years with just loops...I've amassed an insane loop library, but felt I could never control the stereo pan mix they way I wanted. I then went to drum stems....this worked, but took so much time (although time well spent). I just downloaded the free EZdrummer to mess around with it....it's like MT Drummer, but more features....same work flow.

This is an excellent rectangle
Top

But does it Doom? 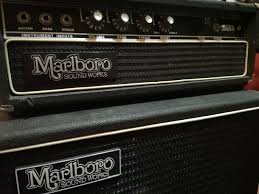 Only problem is the expansion packs are 75 bucks a pop, and I already need 6 of them. Oh Dear,
Top

I could get by fine with just the vintage kit, but if you're regularly scoring Michael Bay movies you might feel otherwise.
Top

Have you looked into Superior Drummer? I guess you have, but just in case.
Top
Post Reply
18 posts