cestlamort wrote: ↑
Fri Dec 28, 2018 6:48 pm
...Dischord was great to discover news music, as pretty much every record was great even if unexpected or challenging, from Lungfish and Soul side to NOU and slant 6 etc....

I listened to Get Your Goat for the first time in years the other day & had forgotten how great it was. That album was definitely unexpected, what with Craig Wedren's vocal. What an incredibly tight band though. Well worth a listen.

I must admit, now that I think about it, I've probably listened to Minor Threat more than Fugazi over the years. I only delved a little into Embrace. I did have a bit of a Fugazi live footage binge the other day though, which was nice.
You think you can't, you wish you could, I know you can, I wish you would. Slip inside this house as you pass by.
Top

But I do love them all (and Egg Hunt and Skewbald/Grand Union). As deeply as I loved Minor Threat, Embrace, Rites of Spring, and One Last Wish, or maybe BECAUSE I loved those bands so deeply, it’s still hard for me to think of Fugazi as a sum rather than the separate parts. I first saw them in Summer of ‘88 and had the demo shortly thereafter, but even though I’ve had 30 years to process it, it still feels kind of weird to have Ian and Guy in the same band.
my vinyl weighs a ton
Top

Domm wrote: ↑
Tue Nov 27, 2018 1:02 pm
Seen them over 20 times! One of the bands that made a huge impact on me as a youngster and stayed with me thru adulthood. Steady diet of nothing might be my favorite.

One of the most influential bands on various levels (music, politics, activism, community, economics, Rickenbackers.... etc). I often wished I were from the “ other Washington” in the 80s.

I remember when “Ian from Embrace and Guy from rites of spring's” new band played up here (Tacoma? I didn’t find out about it in time, right around the first ep) and I was lucky enough to see them countless times up through the mid 90s along the I5 corridor. (Although the draconian all ages show restrictions in Seattle meant that you had to stick it out for all the bands, even if you’ve already seen Beat Happening way too many times already...)

A new local venue recently opened with a Dischord cover night (all the bands were pretty amazing) and “fugazi” did all stuff from later albums (and blueprint) which was unexpected and pretty genius. The night was a huge sing along warm fuzzy from start to finish. (Full disclosure: I was part of a last minute “jawbox” when another band had to back out- Teenage me was ecstatic. I first learned to play bass with that stuff but hadn’t played bass on stage since then — very much a nostalgic homecoming but totally unlike how I play guitar).

Extending it some, Dischord was great to discover new music, as pretty much every record was great even if unexpected or challenging, from Lungfish and Soul side to NOU and slant 6 etc. (Tangent: a group of now-old punks from south of Seattle all got Kingface tattoos in the early 90s). The same could be said of 4AD in many ways, albeit at triple the sticker price.

washington state must have been so amazing in the 90s.

speaking of nations of uylesses, ian svenonius is killing it the hardest currently out of any of the old school DC crew.

saw him in detroit a couple times recently and it was mind blowing. with the chain and the gang and now solo, playing guitar and all.

i saw the make up in the 90s in detroit.


also wanted to ian's brother, alec has some cool tunes. in FAITH and then WARMERS. saw the warmers in detroit in the 90s and he soooo ian's little brother. (just really played the little brother part / discription)


also saw ALL SCARS https://www.discogs.com/artist/813376-All-Scars which was the canty bro's side project. saw them in a basement. lots of synth drums and trumpet !!
Top

cjs wrote: ↑
Sun Jan 06, 2019 1:16 pm
speaking of nations of uylesses, ian svenonius is killing it the hardest currently out of any of the old school DC crew.

saw him in detroit a couple times recently and it was mind blowing. with the chain and the gang and now solo, playing guitar and all.

i saw the make up in the 90s in detroit.

Yes! Saw Chain and the Gang a couple of years back and he is something that must be witnessed in person. I love the whole pseudo political/intellectual shtick, but the dude has serious frontman chops as well. He's got a couple of other projects going on too, Escape-ism (which is basically him solo) and XYZ, which has a serious Suicide vibe to it.

For some other Ian-related bizarro-world entertainment, check out this video of Weird War at a New Zealand middle school. It is truly bonkers. I meant to ask him after the CatG gig how that came to be, but sadly forgot.

Back to Fugazi, "Bed for the Scraping" off Red Medicine is a tour de force track that seems to have a lot going on in it. I recently came across this video where someone replicated Guy and Ian's parts (on a Jazzmaster, no less).
Top

This guy posts here now and then as silentium_vk. He's one of my favorite YouTubers ever
"With the resurgence of offsets it seems like we're also seeing a resurgence of people who don't know what to do with them" - 601210
Top

Nice, I'll definitely have to check more of that out.
Top

I just came across this interview again lol

Also it's weird to see him getting old like that 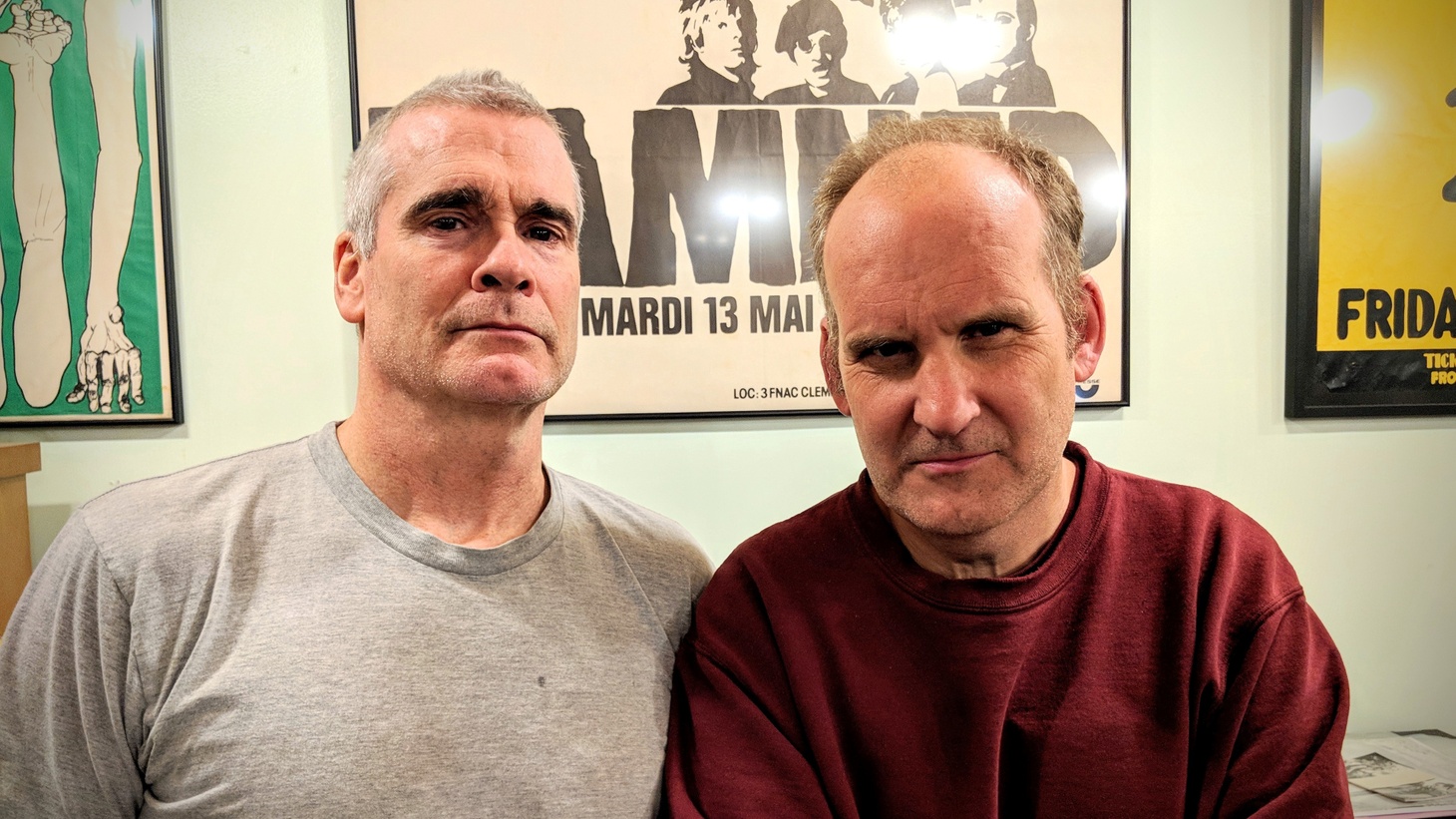 Fighting for peace is like fucking for virginity.
Top

I don't care how many years it's been, Henry Rollins still tops my list of people I'd only ever want on my side of a bar fight.
Top

Anyone heard of Messthetics? It is Fugazi's rhythm section & an improv guitar player. I got to catch them at Big Ears last week. Pretty amazing.https://www.youtube.com/watch?v=-JQMb0bzuB4
We are merely moving shadows-PS. 39:4-7
Top

Ted Leonisis - billionaire owner of the Washington Calitals and Wizards wants Fugazi to reunite and play his area.

He’s offering to compensate the band and make substantial donations in their name to local charities.

I highly doubt this is what gets Fugazi back on stage.
Top

Interesting. I wonder why would a billionaire choose Fugazi of all bands to care about and offer a reunion
"With the resurgence of offsets it seems like we're also seeing a resurgence of people who don't know what to do with them" - 601210
Top

aliendawg wrote: ↑
Tue May 14, 2019 9:49 pm
Interesting. I wonder why would a billionaire choose Fugazi of all bands to care about and offer a reunion