That Gulp song is quality!

I love a good Phaser sound.


Early days but I really liked the album particularly the more dreamy delicate song flowers like the title track and Beam.

In light of his soundtrack composer choices, and the fact that he's about to release "an anthology of eight frightening folk tales", I think this is the thread to post a link to this quite illuminating interview with A Year In The Country alumnus Peter Strickland .

Very much looking forward to both his new offerings.
Top

@ shadowplay, i am tipping the brim of my hat to you for that initial opening post in particular, and the whole thread in general. have just returned to the forum after an extended break and that's a sensational resource to come back to.

am sending big thanks to you for going to the time and trouble of putting tha together (a labour of love, i suspect).
i am an animal.
Top

vale wrote: ↑
Wed Aug 15, 2018 2:47 am
@ shadowplay, i am tipping the brim of my hat to you for that initial opening post in particular, and the whole thread in general. have just returned to the forum after an extended break and that's a sensational resource to come back to.

am sending big thanks to you for going to the time and trouble of putting tha together (a labour of love, i suspect).

Thanks, I'm glad some folk got something out of this, though i probably should have put more effort into it. It's a great genre section (in very loose and somewhat flexible brackets) and I've personally valued the discussion, which has generally floated above +1's dude's and nostalgic reminiscences.

I've been really enjoying the Dialectric elpee for the last half hour or so.

The way they sound these days doesn't really fit in here since they have replaced the retrofuturist folk of the Creatures of the Hour days with big skied neo Americana but it's an enjoyable record that reminds me of everything from Mazzy Star, to Fleetwood Mac, to Neil Young, to the Family Band, to Marissa Nadler. The Gentleman Losers, to Chris Isaak and on and on all the way down that dusty desert highway...

Gorgeous stuff. The other day I heard somebody use the term desert noir to describe a similar vibe. I think you deconstructed the component sounds very well...I hear it! Might as well have said, "hey Scott, here's some music made for you", that's how it feels.

scottT wrote: ↑
Tue Aug 21, 2018 11:00 am
Gorgeous stuff. The other day I heard somebody use the term desert noir to describe a similar vibe. I think you deconstructed the component sounds very well...I hear it! Might as well have said, "hey Scott, here's some music made for you", that's how it feels.

Desert Noir is a good descriptor, it's been a big hit with Mrs S in particular who has it as her current winner stays on. I was thinking it reminded me of Howling Bells at their best, less geetar, less indie and much more low light and I guess 'sophisticated' for want of a better word but still some similarity.

Btw anyone who is buying this I offer fair warning that the download is a taking the piss 192kbps, so I'd go to bandcamp if you find this unacceptable (ah...it's not for sale on the bandcamp)

Seems to be available again now, in digi form, following the link you posted.
Top

Seems to be available again now, in digi form, following the link you posted.

Sorry to clarify I was meaning the vinyl which only comes with a 192 dl if you buy from a shop.

Ah, right, got it. That is annoying. I remember being similarly scunnered by the Broadcast vinyl reissues only coming with an mp3 download, like Broadcast fans don't want the full wav treatment (or flac at least).
Top

I beg your indulgence since this is more down the cosmic library breakbeat jazz avenue but a thread of it's own is a waste of time and while I considered stapling it to the end of the Hampshire and Foat thread or the Heliocentrics thread I decided to dump it here if only because they share a producer with Jacco Gardner.

Born out of hazy nocturnal walks around London during the Winter of 2015, L’Eclair initially took form as a duo consisting of Sébastien Bui and Stefan Lilov, who conceived of the band for months before coming back to their homeplace of Geneva, Switzerland where their muse was eagerly awaiting them. The groove was their aim but they needed a bigger band to accomplish it. Long times friends and brother, Elie Ghersinu and Yavor Lilov joined the band, respectively on bass and drums, and not so long after, Quentin Pilet on percussion and Alain Sandri on keyboards & cowbell rounded out the current lineup.

L’Eclair was prepared to make people dance. After playing lots of wild shows with the likes of White Fence, The Mauskovic Dance Band, Derya Yildirim & Grup Simsek, the band released their first LP in 2016. “Cruise Control” was recorded in one day and the album received support from radio and venues around Switzerland that led to just what L’Eclair wanted… more and more chances to work it out on stage. “Cruise Control”’s Swiss Groove™ and crunchy, high-tempo jams caught the ear of producer and renowned live engineer Jasper Geluk (Allah Las, Jacco Gardner, Eerie Wanda) who invited them to record their next record at his studio.

After a year working on new songs and perfecting their Swiss Groove™ on any stage they could, L’Eclair took their guitars and shitty old synths to Geluk’s Tone Boutique studio in Haarlem, Netherlands. There the young groovers were confronted with the beautiful vintages machines and keyboards that would set the spirit high for the rest of the sessions that birthed the fine far-out funkiness that is 2018's “Polymood” on Beyond Beyond is Beyond Records.

“Polymood” is a further expansion on L’Eclair’s quest to channel and honor their Afro-Disco, Kosmische, and early House 70s influences. And what we end up with is a collection of timeless Swiss Groove™ music—inspired by William Onyeabor, French band AIR, Piero Picioni, Sly Stone and CAN’s ‘Future Days’—bringing euphoric dance to the human machine while it perseveres in its never-ending search for the soul.

Interesting that this is coming out on Fire and not Bird/Finders Keepers IMO they should have made it a double with The Amber Light, there's lots of good material on that, especially the Number Two Song in Heaven Sparksy magnificence of I Need a Connection.

Btw heads up that the last Ghostbox Other Voices seven inch single is up for preorder 10 of 10. This time it's Sharron Kraus with a Belbury Poly remix on the killer bee. I must say that this has been an incredible run of singles rivaling or even edging the previous 'Study Series'.

If you're paranoid like me you'll be preordering but I've noticed they've generally pressed enough for casual demand.

You can listen here.

Incidentally I'd like to put a candle in the window for Sharron's elpee from earlier in the year Joy's Reflection is Sorrow. A beautiful record with some amazing songs on it, especially The Man Who Says Goodbye.

Available on vinyl in a 200 run from Sunstone (home of Trappist Afterland among others) and last I checked Juno had one. Love the sleeve.

I tell you, it's a fucked up situation that Sharron can't sell 200 records in a few months. 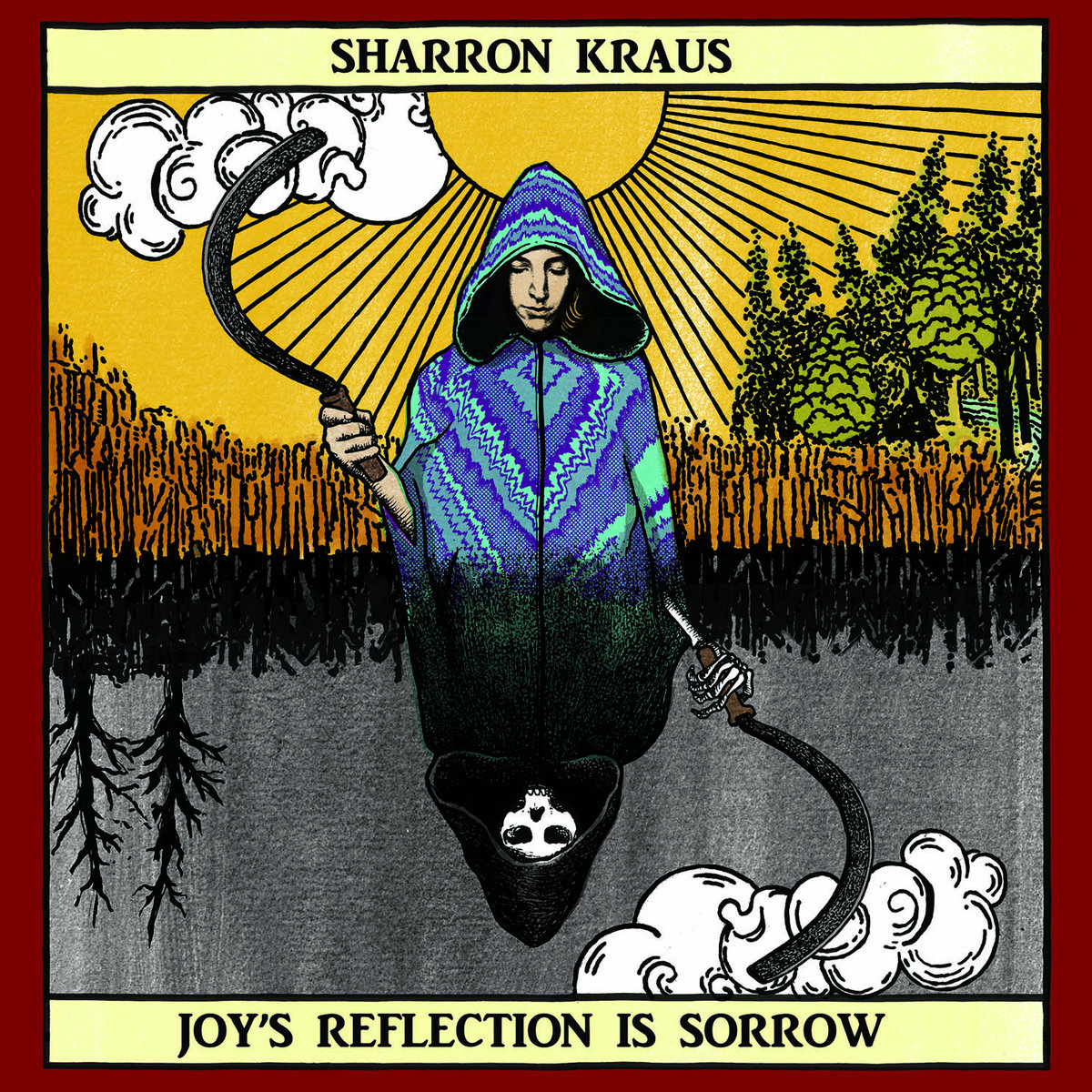 a nice find, well timed with the return of grey skies -