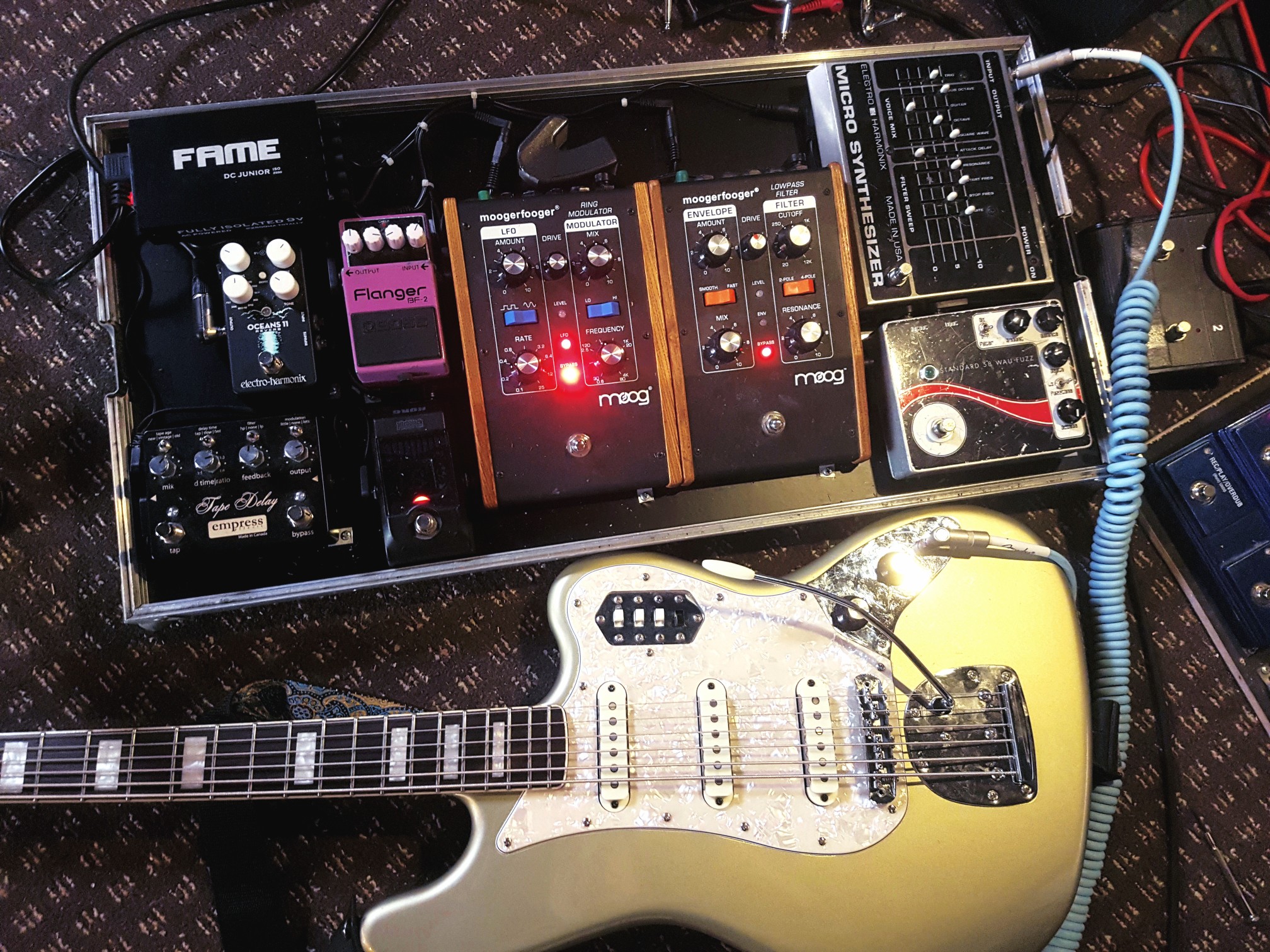 I would've liked to keep the Micro Synth, but it's not working properly and adds a lot of noise. The Moogerfoogers are great, but the MM4 works better in this setup: I used the MF-101 for some kind of phaser (with the LFO of the 102 modulating cutoff) and the MF-102 as a tremolo, but the MM4 just does these things better in this particular setup. The Moogs are now happy at home with my e-piano. I want to change some caps and resistors in the wah (it's already heavily modified) but overall I'm happy. The Fur Coat is awesome. Maybe I'll add a simple octaver at some point.
Top

I was never much into pedals. At most I'd have a phaser and a wah or some kind of dirtbox. I've been buying some effects in the past few weeks and decided to finally get a manufactured board to replace the homemade job I've been using. I don't gig, but it's nice to have in case I want to leave the house (eventually). 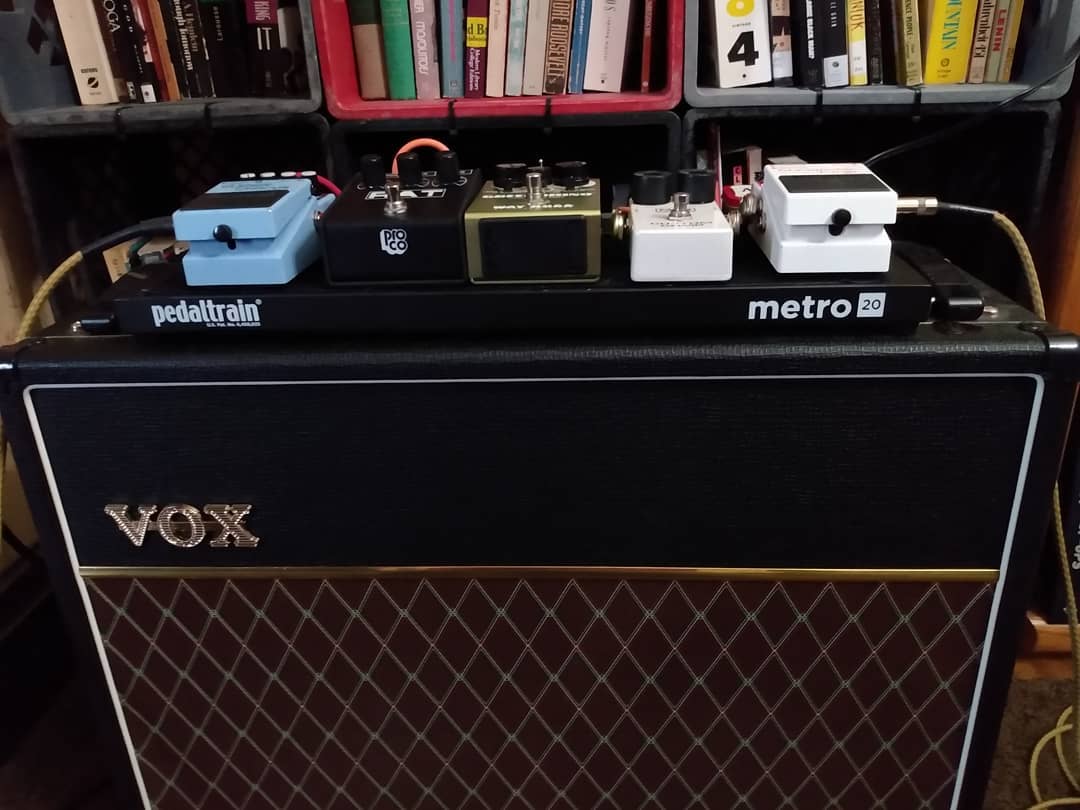 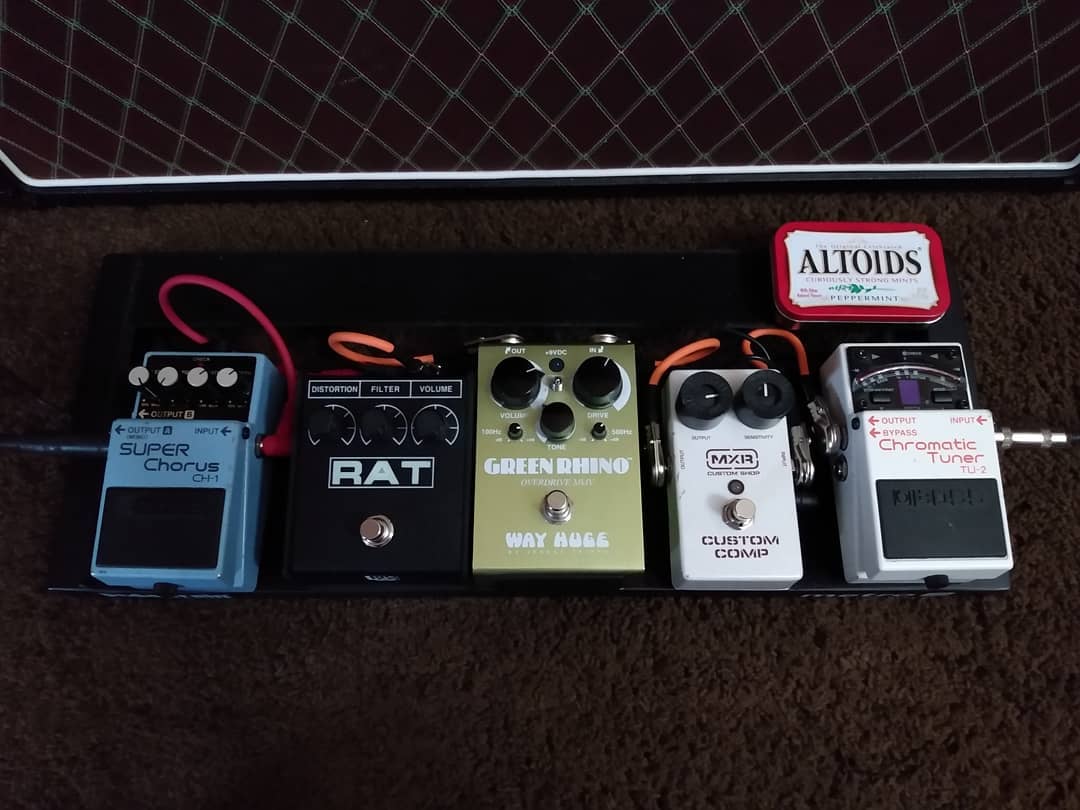 I'm waiting on a Truetone CS6 in the mail to power everything and some decent MXR patch cables to replace the random cheap cables I've amassed over the years. Right now it's running on a 1 Spot daisy chain. There are a bunch of pedals on my wish list for the future. The plan is to keep the board small compared to some of the complicated, but neat, boards I've seen.
Top

Still trying to settle on something that works well for the new band I am in...here's where I'm at:

Here's the latest small board:

It's clear to me that you just need to use both boards together at once.

You've never had a bad board, Yannis!
Top

Pretty minimal for me. Excuse the mess of it all. 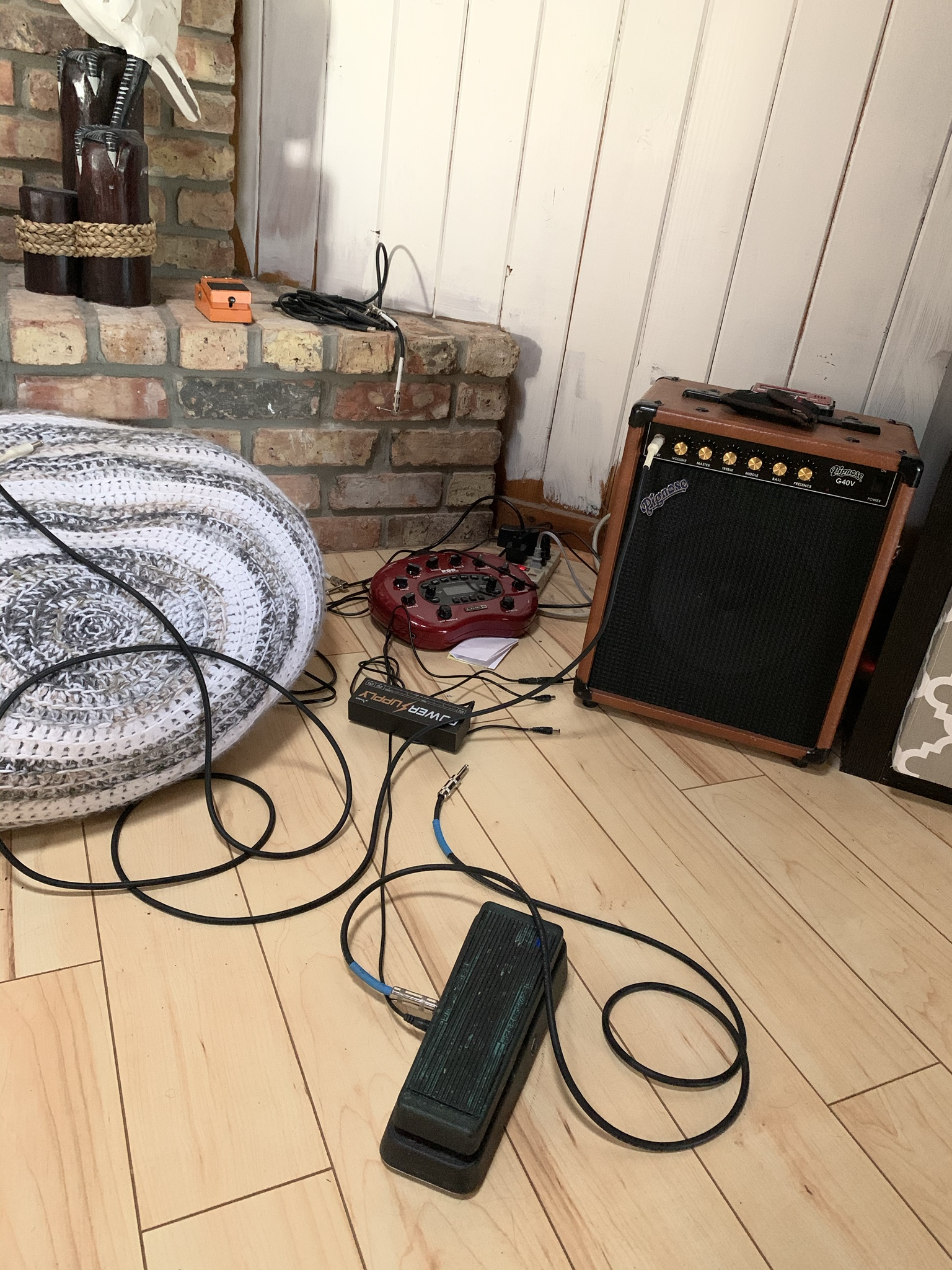 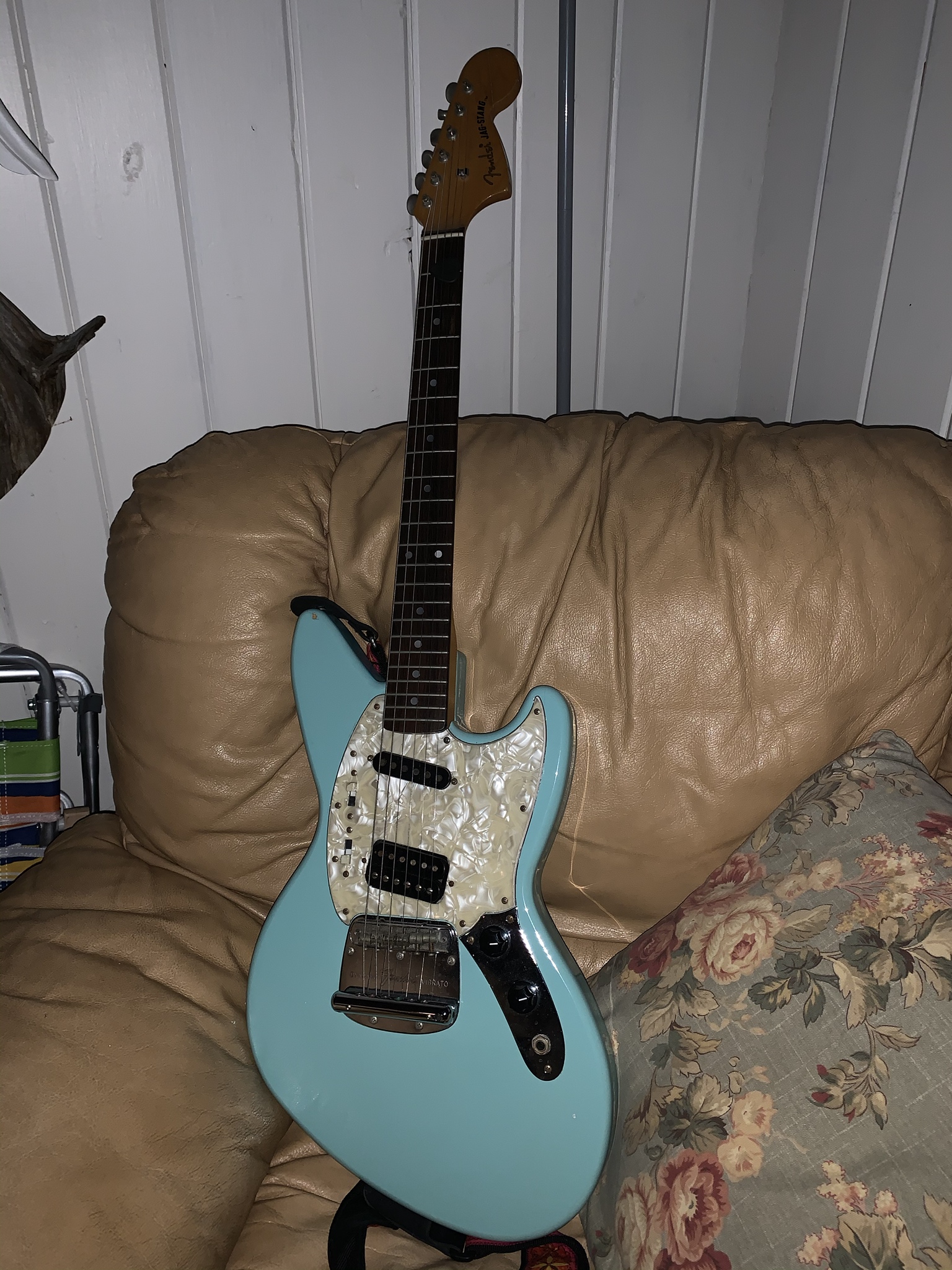 You've never had a bad board, Yannis!

Hehehe!! I tried at some point!

The bummer is the rehearsal space is nowhere near where I live, so I had to somehow get everything on the PT1.

Added a couple of new pedals, the JHS Honeycomb Deluxe and the J.Rockett Tranquilizer. The Honeycomb is awesome sounding and having the two different speed settings is pretty nifty. Not so sure about the Tranquilizer, finding it harder to get sounds I really like from that, so that may move on again. It was an ebay bargain so no big deal on that end of things.

I really like he color scheme of your board, very cool.

I just got a new pedalboard in yesterday, I’m going to move everything from my smaller board ( a PT Classic 2) onto it. Hopefully it will stay neat- it would be the only one so far, but I have pretty much settled into the pedals and chains on my boards now.

I’d like to post a picture of it when I’m done. Can you do that without a pic hosting site?
-David

I figured if I'm having a board for use at home I may as well make it look a bit more interesting than black.

You can host pictures on imgur.com, thats what I use.
Top

Ok, its good friday and I am bored and confined, so here is my effects setup.

The big board, for guitar: (Very similar to a board that got stolen about 3 years ago, but smaller. I ended up buying some of the same pedals since I really like them.) 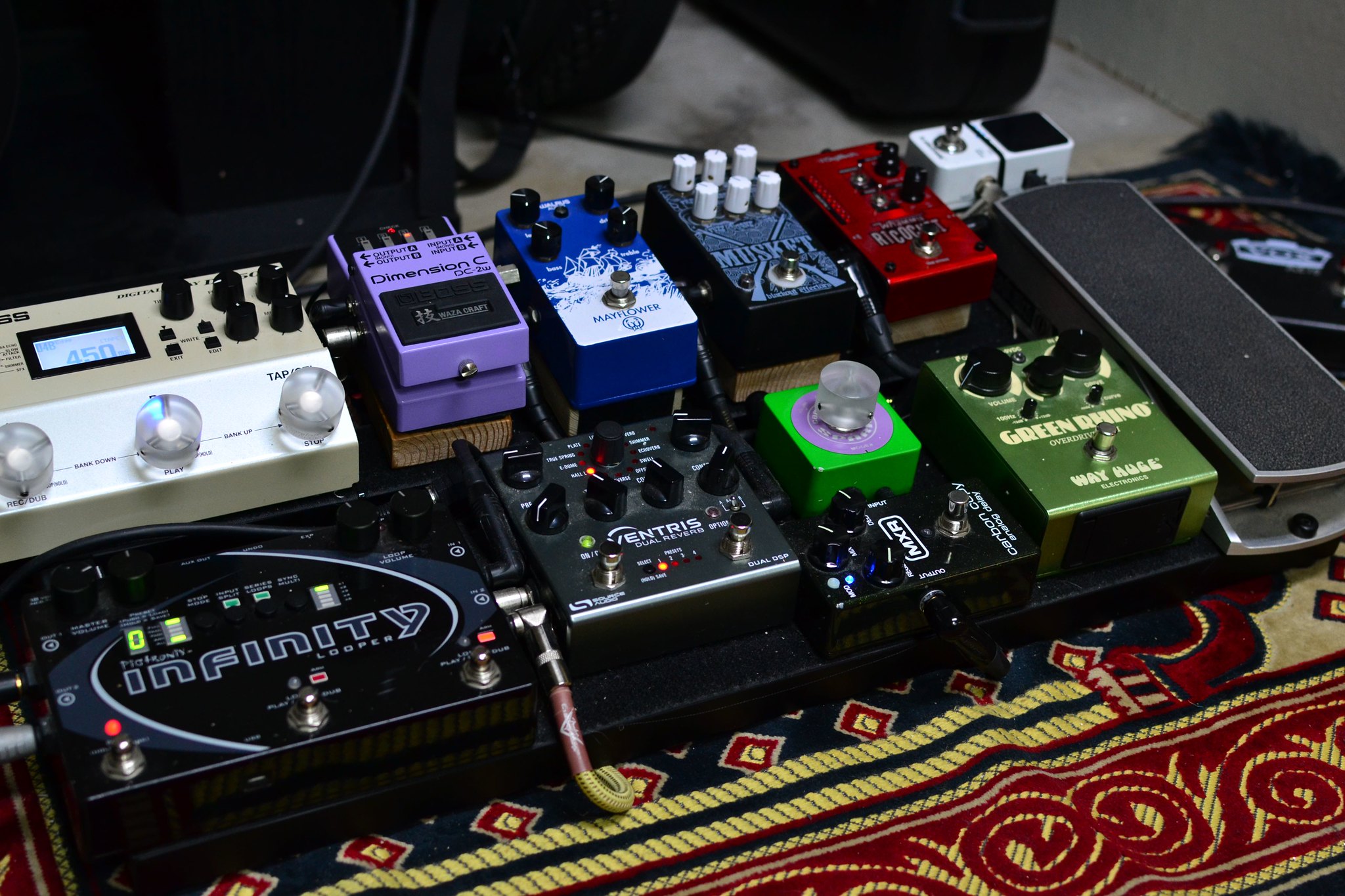 The order is:
guitar > ricochet > moer spark compressor > Musket Fuzz > Green Rhino Overdrive (a more tweakable variety of tube screamer) > Walrus Mayflower Overdrive (a transparent overdrive) > Carbon Copy > Volume Pedal (side to tuner) > Dimension C > Stereo to Bos DD500 delay > Stereo to Ventris Reverb > Stereo to Infinity Looper > one side to a VOX AC15 and the other to a Fender deluxe reverb. Powered by a Walrus power supply underneath.

Sometimes the ricochet is changed by a phase 90 that I did some mods to, or a crybaby mini wah. I would not want to have a pedalboard any bigger than this or it becomes too cumbersome.

I play a combination of styles but Shoegaze, Dream-pop, Post-rock and Indie/Alternative more than anything else.

The small board used mostly for my Bass VI but also for guitar since it is so easy to carry: 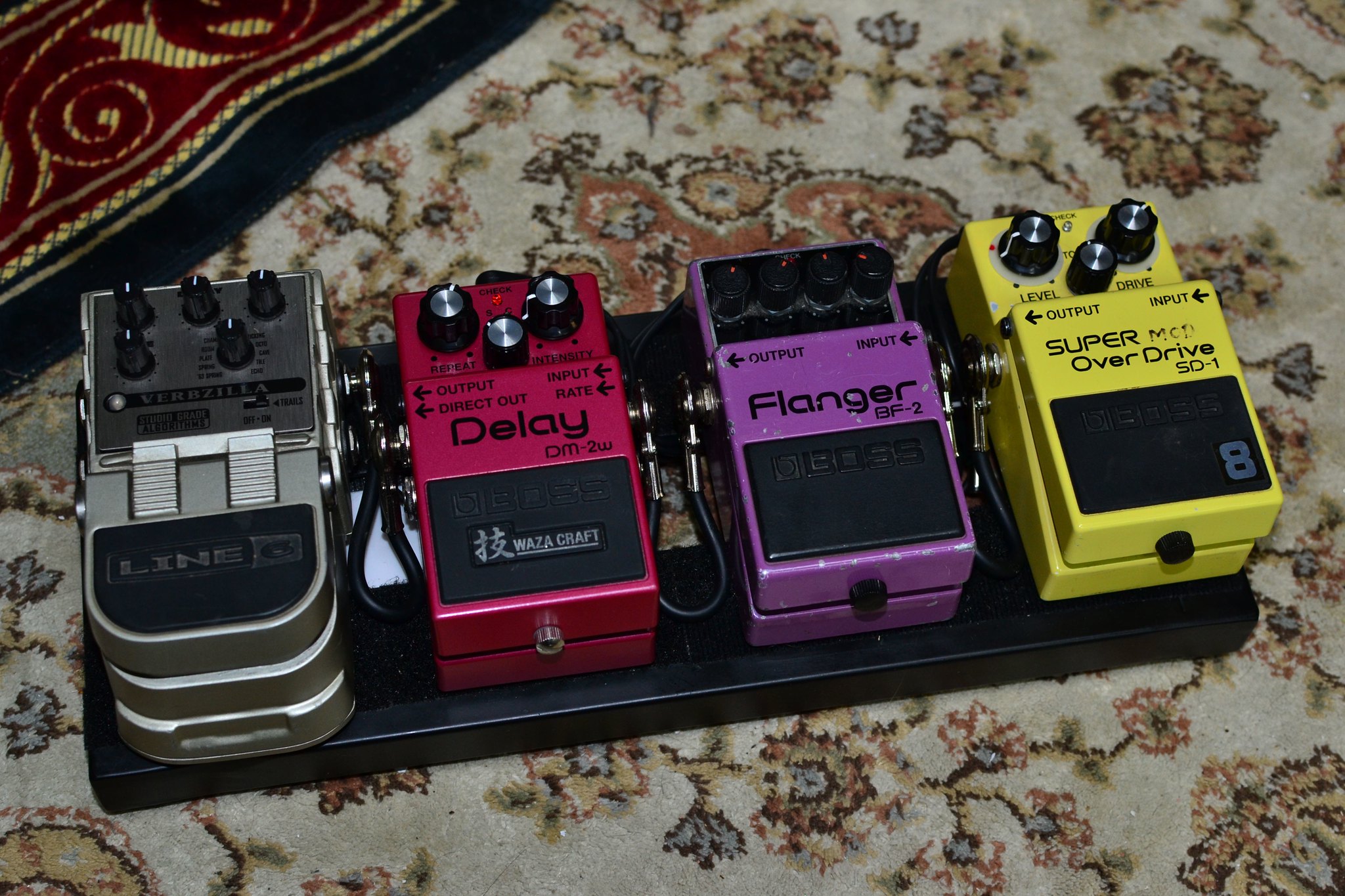 I modified the Japanese BF-2 Flanger so that it accepts PSA power supplies.

Sometimes the super overdrive gets switched by the walrus mayflower or another overdrive. I entertained the idea to change the Verbzilla, which was a present from a member of this forum when all my guitars and pedals were stolen 3 years ago ( I miraculously recovered a few including my modded sd-1), with a Boss reverb just to make it into al all Boss board and pass on the verbzilla to someone in need. The intention of this is to cover the minimum I "need" but still hit "The Cure" sounds on Bass VI, because Robert Smith sounds amazing with his all Boss effects. And I really like Boss pedals.

The mini board is powered by a volto battery:
Top

Boost/ Fuzz/ Overdrive and analog delay... it's pretty damn hard to argue with that!

I think I could do my Lovetone Cheese Source and either the Ad900/999 or Moogerfooger delay and be done with it.
The tradition of all dead generations weighs like a nightmare on the brains of the living -Karl Marx, 1852
Top

Boost/ Fuzz/ Overdrive and analog delay... it's pretty damn hard to argue with that!

I think I could do my Lovetone Cheese Source and either the Ad900/999 or Moogerfooger delay and be done with it.

You can cover so much ground with these!

I’ve got room for one more pedal... what should I throw on? I have a Ibanez AD80 that needs pots and to be recalibrated.