It's Been A Looong Weekend...

It's Been A Looong Weekend... 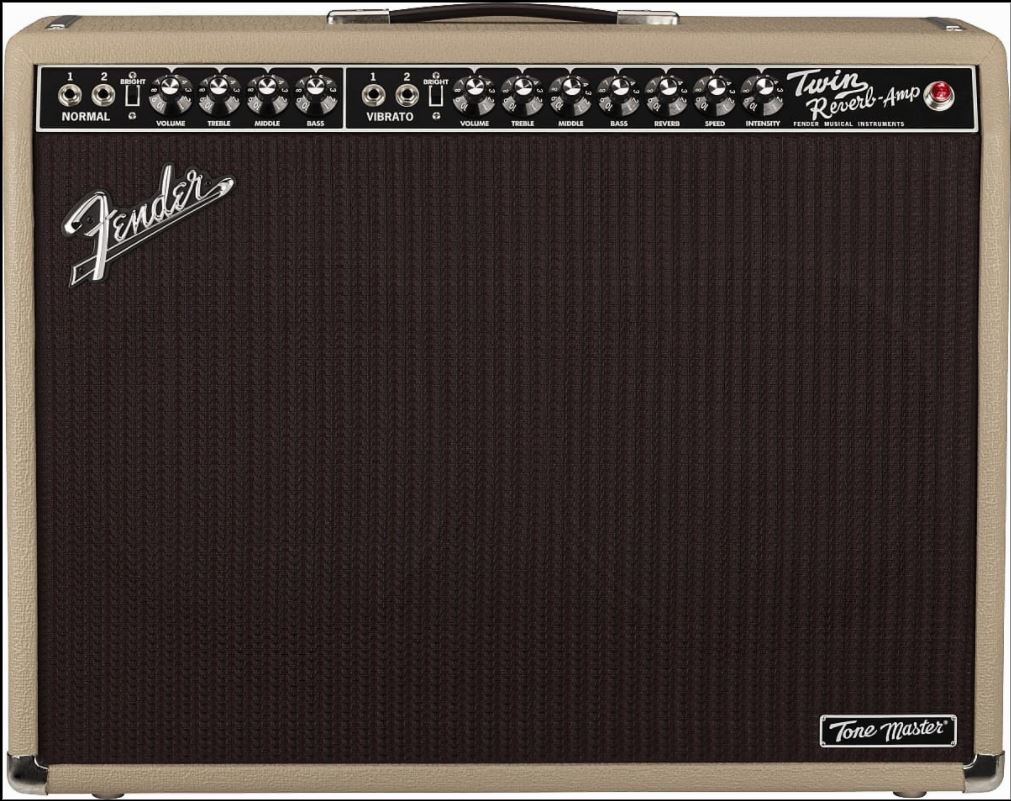 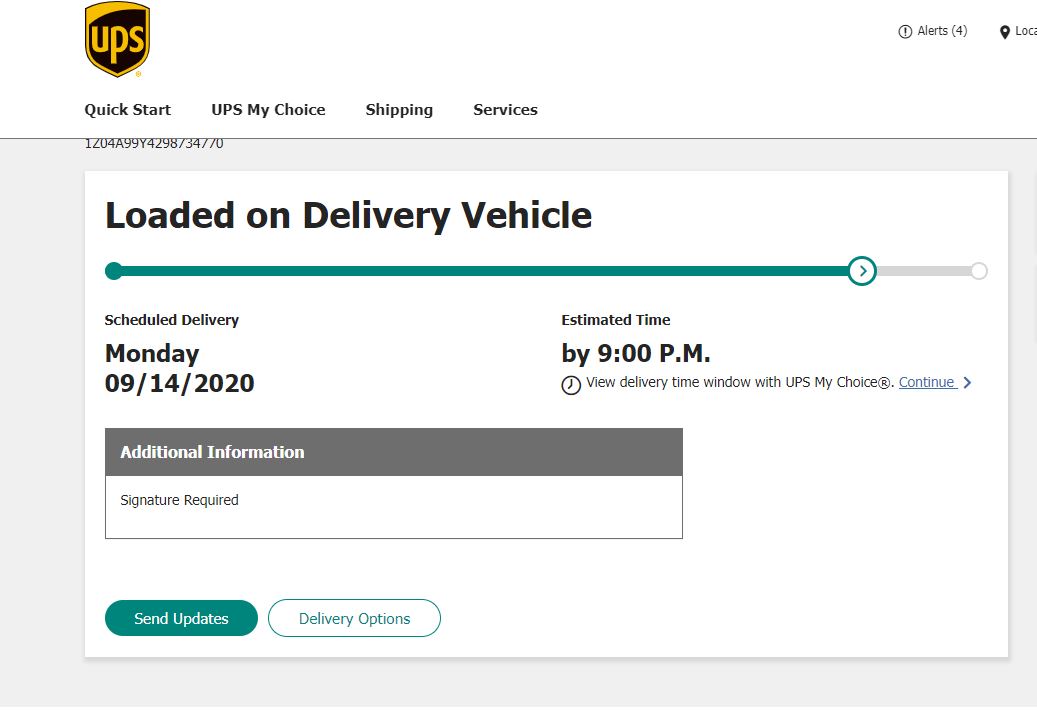 I have to say, I've been very intrigued by these. I just wish they had an FX loop so they could double as a powered guitar cab for my AxeFX. I know it isn't in their design philosophy though, which is to have a digital modeling amp with a 1960's user experience.

What made you take the digital plunge? You're like...the tube-iest person!
Top

I'm selling my '60 Fender Vibrasonic and '63 Fender Jazzmaster on Reverb to pay down my accrued gear debt. I tend to play my '62 Fender Bassman or '64 Princeton more anyway (and at times, the Allen Encore). I bought a '62 12" Jensen speaker that I attempted (poorly) to install into the Princeton but foolishly (never do stuff late at night, lol) forgot to remove the chassis first. I ended up tearing into the cone along with a couple of poked holes from the amp's fixed screws.

So, I've got that speaker along with the two original but shot '62 Jensen speakers that I got with the Bassman cab in to a speaker tech guy to recone all of them. This is going to take about a month or so, so the Princeton is out of commission for now.

When I first got the Bassman, I took out the shot speakers and stored them to be repaired at a later time (hence, now) and bought two new 12" Jensen speakers that I've been fine with. Of course, I'll put the newly re-coned vintage Jensens back into the Bassman cab and store the new Jensens for a future amp.

Anyhoo, I rarely play out any more (even before COVID) but on the occasion that I do, a lightweight amp appeals to me. I'm hoping these Tone Master amps don't put out as much heat as tube amps. Playing the Bassman or Encore tend to put out a bit of heat after a while.

I've heard good things about the Deluxe and Twin Reverb Tone Masters from other guitar nerds on other forums I frequent (Gretsch-Talk and Surf Guitar 101) and I knew I was hooked when the blonde/oxblood with Celestion Creambacks became available. A Reverb brick & mortar store offered me a deal since I was watching their amp for sale so I counter-offered and he counter-offered back and a deal was made (saved about $150 off the asking price). While I've had both tube versions of the Deluxe and Twin, my heart will always belong to the Twin.

Completely off topic, but I've got the Stripperstang into my tech for an Oly White Refin and getting the control switches fixed back to the original configuration (with new white switches). I watched how he's going to be able to remove the glitter from the original pickguard, too, so I'm excited about that. 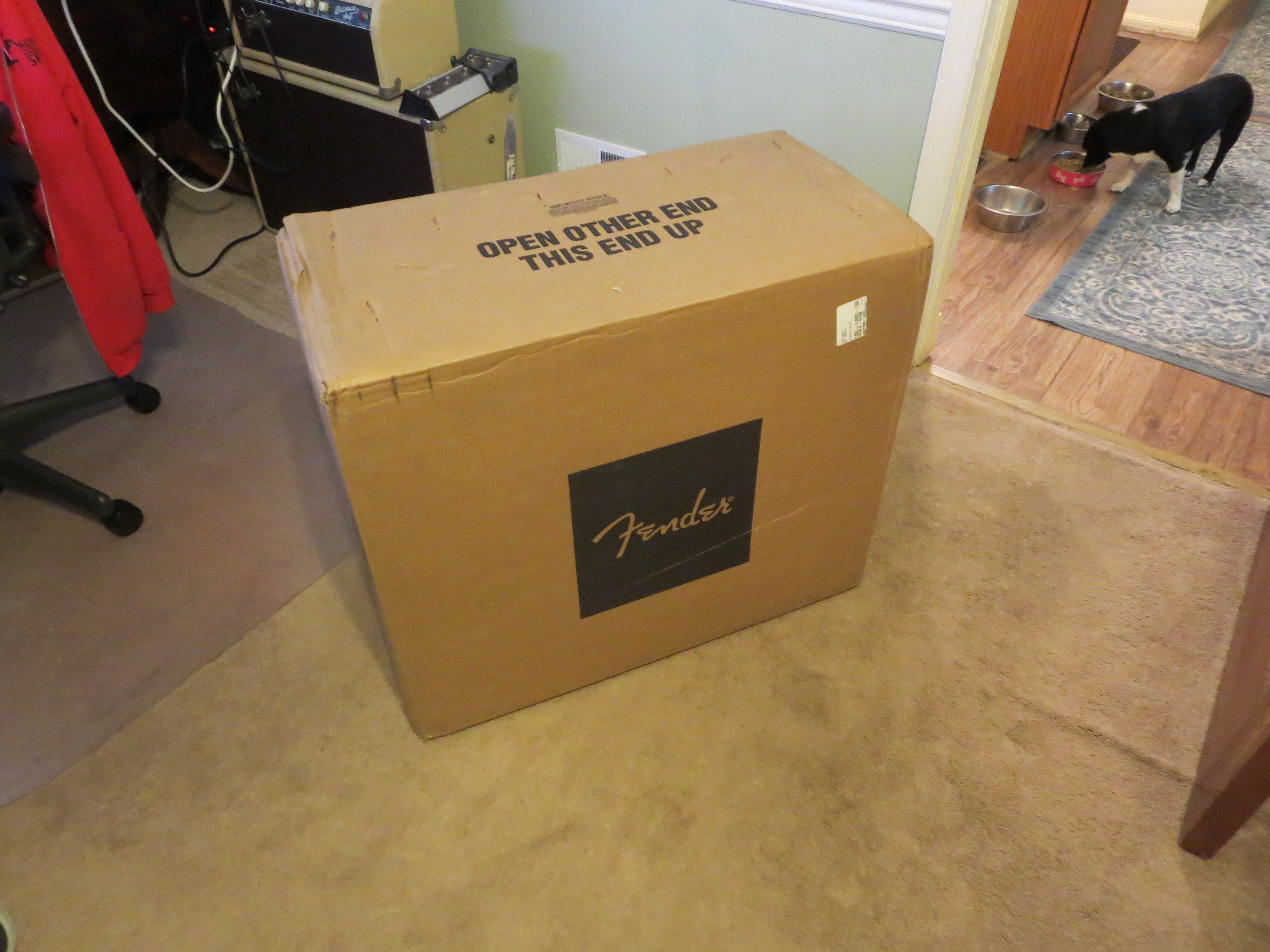 Exciting! And I'm glad the StripperStang is being properly restored. I just never had the time to do it. I bet it'll sound nice through this Tone Master Twin!
Top

is that a Class D amp?? did Fender run out of names or a budget to register new names?
of course we've seen many Twins and even Tone Masters as classic tube circuits over the years.

Now we are getting somewhere! Is it a 5g8 / 5g8-A sounding amp???!!! Do you have a blonde twin to compare it to? If they truly re-issue the Big Blondes, I might have to rethink my entire spiritual existence.
Top

. They take the partscaster mishmash approach to new model names as frequently as they do for new guitars.
Top

These aren't reissues in any sense. High powered class D amps paired with digital processing.
"I don't know why we asked him to join the band 'cause the rest of us don't like country music all that much; we just like Graham Lee."
David McComb, 1987.
Top

Apologies, I meant a tone master blonde series. If that existed I might actually give up the tubes. (Which is something I have vowed to never consider!)

Demo! It's long, so feel to jump around on the time stamps.

aye, i hear ya... somehow that kind of made *some* sense to me when it came to the guitars, many of them being literal partscasters, as you said. although i have not been able to keep up with the most recent model names.

but the amps...
i was even ok with naming new amps after old guitars, 'Mustang', etc.


that was fun! yeah, i jumped around a lot

it does sound Surfworthy, at least on its own so far. the reverb does sound Blackfacey!
it does seem a bit peaky in the upper mids and highs, even with the bright switches off.
could just be the camera mic coming face to face with a BF Twin spank.
seems the pedals make it a bit too crispy? again, maybe the camera mic.

did you have the tone pot all the way up on the Jag?
i often feel my vintage jag sounds better balanced into a Brown Fender than a Black.
on newer amps, i absolutely have to roll the Jag tone knob back.

Thanks! I usually have the tone at full on my guitars, Jag included. I agree, a Jaguar + brownface Fender amp is a glorious sound.

I'm using the cheap boom mic that came with the Lumix G85 and overall, I'm happy with the "in room" sounds I get out of it. I do have a Sennheiser E906 Super Cardiod Guitar Microphone that I've been frankly too lazy to set up (and because I've been ok with the boom mic for now). I will have to set it up and likely get blown away by the difference and wishing I had set it up sooner.

Yesterday, I downloaded the reverb firmware upgrade to allow for more gradual adjustment from 1 - 4. I haven't actually played the amp yet to hear the difference. I'll try to get to that today.

I also have to play with the attenuator. From what I understand from other online reviews, it's more of a master volume control, which is fine.

Overall, I'm very happy with the Twin Reverb Tone Master. I love that it doesn't put out the heat that my tube amps do. The lightness of the amp is AWESOME. I've had a few tube Twin Reverbs that I loved but I always end up moving them on due to the weight issue (the amp's, not mine

I'll always have my tube amps but this new beastie is definitely a keeper for me. I hope Fender runs with this and makes a whole line of Tone Master amps like the Super Reverb, Pro Reverb, Princeton, Bassman, Vibroverb, Blues Deluxe, Blues Jr., etc.
The doofus formerly known as Snorre...
Top

aye. glad your happy with it!

on my BF-style amps with my 1965 Jag, i tend to roll the guitar tone pot back at least ⅓ the way, sometimes half... and leave any bright switch off. on my JM's i roll off the tone pot to 7 *or* back off the volume pot just a bit on most BF circuits.

so, it could be that the brightness i hear is the amp being faithful to the BF sound.


i have a great range of amps, 50 watts and under. '67 SF Super Reverb and Blonde Bassman rigs are a bit on the heavy side, but 30 years of gigging and i'm still happy to dolly them to the stage without much effort, as long as the stage/room can accommodate them, and there's no big hurry to load in.

more lately i gig with DR's, PR's and i still have no problem hand-carrying a delectable Vibrolux Reverb without my handy dolly. but i have mostly avoided Twin Reverbs, due to their excessive power AND weight. in many ways, this might be the most interesting TR to me, due to the weight loss and potential power- scaling/attenuator that you mentioned.


you know, if you get to it, as a recording engineer i'd be real curious to hear how that Sennheiser mic handles the same shot!
could be it smoothes out the peaky high end that bugs me. pretty small potatoes tho, i *think* i'm getting a handle on interpreting amps through the haze of video cameras and phones.
Dream Apes, ACME, Malcolm Mooney, Cat Museum, Cooling Time
Top
Post Reply
18 posts